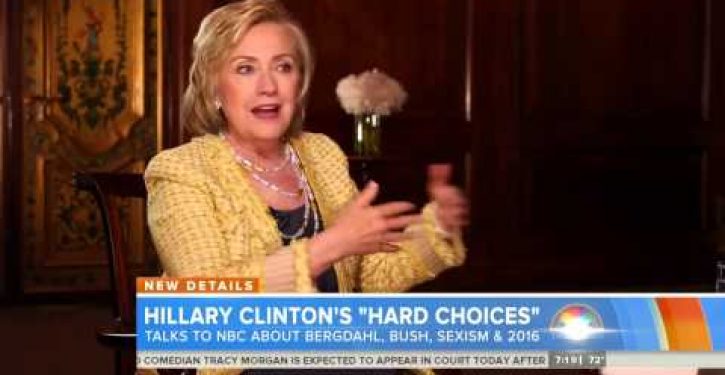 Whew, what a relief! One-time poor person and would-be president Hillary Clinton said in an interview that we have nothing to fear but fear itself when it comes to the five murderous detainees released from Guantanamo Bay in exchange for Bowe Bergdahl.

“These five guys,” she opines in this video, “are not a threat to the United States. They are a threat to the safety and security of Afghanistan. It’s up to those two countries [sic]” to work out their differences.

She didn’t explain the notion of “those two countries” — one of them presumably is the sovereign nation of Talibania — but it is nevertheless reassuring to learn, despite threats made by at least one of the chieftains since their release, that they are not seeking to attack the U.S. As for what they do in Afghanistan, who cares? It’s not as though the U.S. has invested blood and treasure in prosecuting a “right war” there.