Obama talked up his executive order, announced Monday, that allows millions of graduates with high amounts of student loans to shift to the Pay As You Earn (PAYE) repayment program that caps payments at 10% of disposable income.

Though the White House previously estimated that expanding PAYE would cost up to $7 billion a year, it is now insisting that Obama’s executive order saves the country money in the long run. Obama has sold the measure as a small act to make college more affordable, yet most beneficiaries of the order have been out of college for some time.

The proposal does offer some relief, however, for pre-2007 graduates who entered the workforce just prior to the 2008 recession and consequently have struggled to pay off high loan amounts. With a competitive midterm election approaching, a sop to youthful supporters who lean Democratic but often don’t show up in non-presidential years may help the party.

Obama also pushed a bill to be introduced by Massachusetts Democratic Sen. Elizabeth Warren on Wednesday. The bill would allow student to refinance their student loans to have lower interest rates. The bill would cost an estimated $58 billion over the next decade, to be paid for by implementing the so-called Buffet Rule that increases taxes on the wealthy.

Like with the PAYE executive order, Obama’s advocacy for the Warren bill had the feel of electioneering on behalf of Democrats who are struggling to keep the Senate in this year’s midterms. While Warren’s bill has drawn substantial attention, it is a nonstarter in the House and thus has no real chance of becoming law.

When he wasn’t talking up White House efforts on student loans, Obama offered a wider array of suggestions about what students ought to study to succeed in the modern economy. Obama was quick to talk up the benefits of education in science and technology.

“The thing about humanities is you could kind of talk your way through classes,” Obama quipped at one point. Furthermore, taking a rigorous major “doesn’t preclude you from writing haiku at some point.” In this modern tech-driven age, he added, having at least some level of technological expertise is simply being a “good citizen.” Obama himself was a political science major in college, with a minor in English.

Obama said, however, that he enjoyed science and math as a child, until he fell off the wagon in high school.

“I misspent those years,” the president said.

This report, by Blake , was cross-posted by arrangement with the Daily Caller News Foundation. 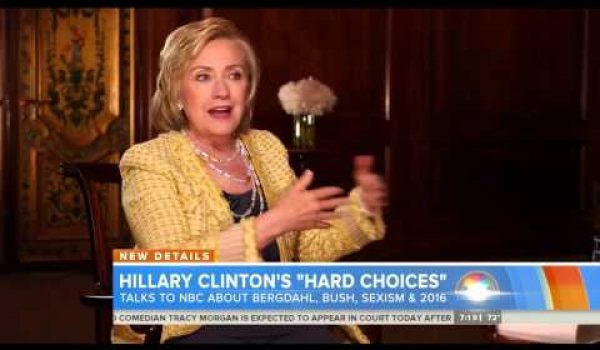 Video: Hillary says Taliban 5 ‘not a threat to U.S.’
Next Post
Bombshell book: Hillary Clinton told Secret Service agent to ‘get the f**k away from me’ *UPDATE*