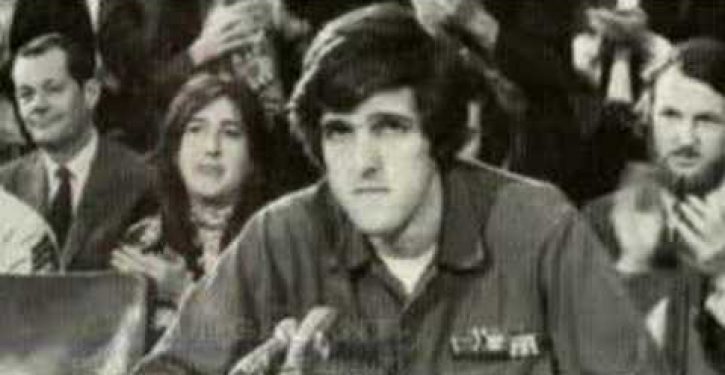 In the wake of the Taliban-Bergdahl swap, the current and former Secretaries of State have taken to the airwaves to vociferously argue in favor of the age-old but unwritten covenant between the United States government and people with those that serve our nation in the military.

In two separate reports by the Real Clear Politics news portal of June 8, 2014 and June 7, 2014, John Kerry and Hillary Clinton have beat the “leave no one behind” drum seemingly as hard as humanly possible.

Despite both coming from an end of the political spectrum that arguably doesn’t exactly have a history of being a favorite of most of the military demographic, Kerry and Clinton have become born-again, hard, in defending Barack Obama’s decision to trade five Taliban leaders for a single American soldier. Since his release, Sgt. Bowe Berdahl has since been accused by a slew of his former comrades-in-arms of deserting them, the Army and the nation in the face of the enemy.

Compounding the credibility gap both have with servicemen, they have both made past statements that have drawn ire from more than a few war vets. Even to the present day, many vets still view both career politicians with a jaundiced eye.

Kerry, now and then…

While being interviewed by CNN’s Elise Labott, Secretary Kerry made undeniably clear his all-encompassing attitude regarding Yanks who may be left on the field of battle. As the former Bay State senator sayed, “it would have been offensive and incomprehensible to consciously leave an American behind, no matter what, to leave an American behind in the hands of people who would torture him, cut off his head, do any number of things. And we would consciously choose to do that?”

Yet as a member of the anti-war movement, John Kerry testified before the US Senate in 1971, stating under oath that he uncovered how commonplace it was for American troops throughout Viet-Nam to commit war crimes. As Kerry said of his indictment of our troops, the crimes were “not isolated incidents but crimes committed on a day-to-day basis with the full awareness of officers at all levels of command.”

[T]hey had personally raped, cut off ears, cut off heads, taped wires from portable telephones to human genitals and turned up the power, cut off limbs, blown up bodies, randomly shot at civilians, razed villages in fashion reminiscent of Genghis Khan, shot cattle and dogs for fun, poisoned food stocks, and generally ravaged the countryside of South Vietnam…

Also weighing in, the presumptive Democrat presidential front-runner for 2016 chimed in supporting the “leave no one behind” mantra that’s been the the latest buzzword emanating from the Obama camp: “I mean, one of our values is, we bring everybody home off the battlefield the best we can. It doesn’t matter how they ended up in a prisoner of war situation.”

Rather than the sniper fire she claimed, Clinton drew the anger of many military pilot and air crews when she claimed that during a 1996 visit to Tuzla, Bosnia, her military transport aircraft had to make an emergency-style corkscrew landing into a hot LZ:

I remember landing under sniper fire. There was supposed to be some kind of a greeting ceremony at the airport, but instead we just ran with our heads down to get into the vehicles to get to our base. It like a scene from Saving Private Ryan.

In another account, Clinton retold of her arrival in Bosnia:

We landed in one of those corkscrew landings and ran out because they said there might be sniper fire. I don’t remember anyone offering me tea on the tarmac there.

In reality, there never was any sniper fire, mortar fire or a corkscrew landing. There was however, a leisurely stroll from the aircraft to the welcoming party, to include flowers from an 8-year-old Bosnian girl.