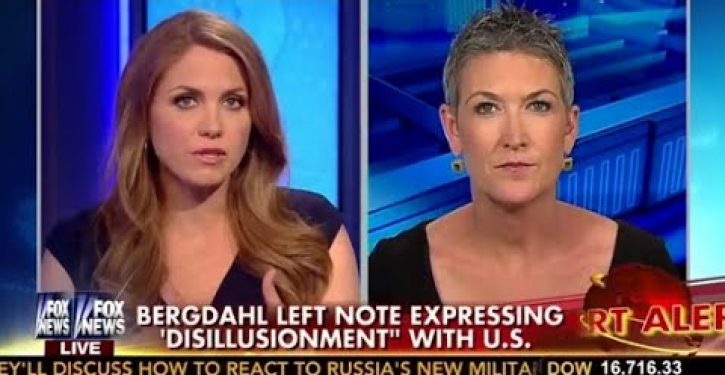 Members of Bergdahl’s platoon indicated that the note he left behind when he deserted his post and weapon in Afghanistan stated not just that he was disillusioned with his time in the military, but also expressed a desire to renounce his citizenship.

The letter is evidence in a classified investigation of the sergeant’s activities and has not yet been released to the public.

Watch Griffin’s report on this on this developing story in the following Fox News segment:

The circumstances of Bergdahl’s disappearance in 2009, as well as those of his recent release have created more questions than answers, leading many to speculate that he was actually seeking the Taliban out when he wandered off the reservation.

It didn’t take long for the news to get out and send the entire Twitterverse buzzing.

OMG. https://t.co/mrZs7TWUbx he left us behind. This is a game changer. He should be happy we didn’t drone him.

And it made yet another Twitter user recall the words National Security Advisor Susan Rice used to describe Bergdahl during her tour of the Sunday talk shows.

“Honor & distinction” can be placed right alongside “spontaneous demonstration,” the words she used to describe the terrorist attack on Benghazi on another Sunday talk show tour.