The National Rifle Association’s Institute for Legislative Action issued a statement on May 30, giving its position on the open carry of long guns in public places. It did so in response to a growing number of open-carry advocates — most notably in Texas — seen gathering in restaurants with AR-15s, shotguns and AKs slung over their shoulders.

Here at NRA, we are big fans of responsible behavior … legal mandates, not so much.  We think the Founders of this country were right to trust its people with the freedom to make their own choices.  We also think they were wise to build checks into our constitutional system so that one view could not easily dominate the others and so that officials could be held accountable for their decisions.

As gun owners, whether or not our decisions are dictated by the law, we are still accountable for them. And we owe it to each other to act as checks on bad behavior before the legal system steps in and does it for us.  If we exercise poor judgment, our decisions will have consequences.  These consequences could be simple and transitory, such as watching a trophy buck bound away into the woods after a missed shot from an improperly sighted rifle.  They could also be lasting and consequential, such as turning an undecided voter into an antigun voter because of causing that person fear or offense.  In ways small and large, we are all in this together, and we all have a role to play in preserving our cherished freedoms for ourselves and future generations.

Let’s take just a couple of examples.  In each case, just because something can be done doesn’t mean it should be done.  In each case, gun owners would do well to consider the effect their behavior has on others, whether fellow gun owners or not.

Although I cherish our Second Amendment rights, we should consider this: Every right we own carries with it a corresponding responsibility. When we choose to act irresponsibly, lawmakers generally step in.

As we’ve seen all to often, there are two problems with legislative mandates: They tend to go further than circumstances require, and they seldom allow for special or unusual circumstances — “zero tolerance” has become the rule.

After a discussion of the so called “smart guns” that gun control advocates have lately become enamored of, the NRA continues:

Now we love AR-15s and AKs as much as anybody, and we know that these sorts of semiautomatic carbines are among the most popular, fastest selling firearms in America today. Texas, independent-minded and liberty-loving place that it is, doesn’t ban the carrying of loaded long guns in public, nor does it require a permit for this activity. Yet some so-called firearm advocates seem determined to change this.

Recently, demonstrators have been showing up in various public places, including coffee shops and fast food restaurants, openly toting a variety of tactical long guns. Unlicensed open carry of handguns is legal in about half the U.S. states, and it is relatively common and uncontroversial in some places.

Yet while unlicensed open carry of long guns is also typically legal in most places, it is a rare sight to see someone sidle up next to you in line for lunch with a 7.62 rifle slung across his chest, much less a whole gaggle of folks descending on the same public venue with similar arms.

Let’s not mince words, not only is it rare, it’s downright weird and certainly not a practical way to go normally about your business while being prepared to defend yourself. To those who are not acquainted with the dubious practice of using public displays of firearms as a means to draw attention to oneself or one’s cause, it can be downright scary. It makes folks who might normally be perfectly open-minded about firearms feel uncomfortable and question the motives of pro-gun advocates.

As a result of these hijinx, two popular fast food outlets have recently requested patrons to keep guns off the premises (more information can be found here and here). In other words, the freedom and goodwill these businesses had previously extended to gun owners has been curtailed because of the actions of an attention-hungry few who thought only of themselves and not of those who might be affected by their behavior. To state the obvious, that’s counterproductive for the gun owning community.

More to the point, it’s just not neighborly, which is out of character for the big-hearted residents of Texas. Using guns merely to draw attention to yourself in public not only defies common sense, it shows a lack of consideration and manners. That’s not the Texas way. And that’s certainly not the NRA way.

In summary, NRA certainly does not support bans on personalized guns or on carrying firearms in public, including in restaurants. We think people are intelligent enough to resolve these issues in a reasonable way for themselves. But when people act without thinking, or without consideration for others – especially when it comes to firearms – they set the stage for further restrictions on our rights. Firearm owners face enough challenges these days; we don’t need to be victims of friendly fire.

I know I’m going to get hammered for this, but I wholeheartedly agree with the NRA’s position.

I grew up in a household that always had guns, so I was comfortable around them and seldom gave them a second thought.

Nonetheless, if I were to witness even a group of military or police personnel enter a restaurant armed with rifles and shotguns, my internal alarms would immediately sound. If it’s a group of private citizens doing the same, I’d lose my appetite.

And I say this as a person who’s comfortable around guns. I own them, practice regularly at the range, I’m an NRA member and possess a concealed carry permit. Imagine how someone with a fear of guns would feel.

There are times when the open display of firearms may be appropriate. Getting a Happy Meal at McDonald’s isn’t one of them. 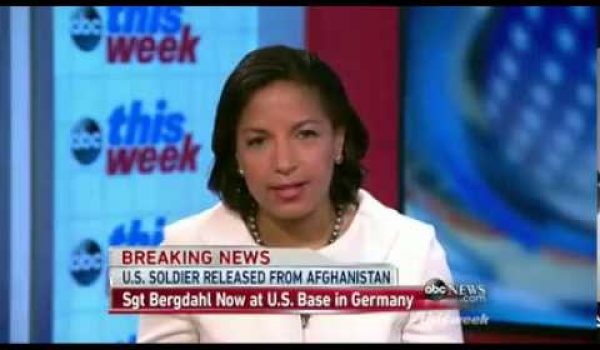