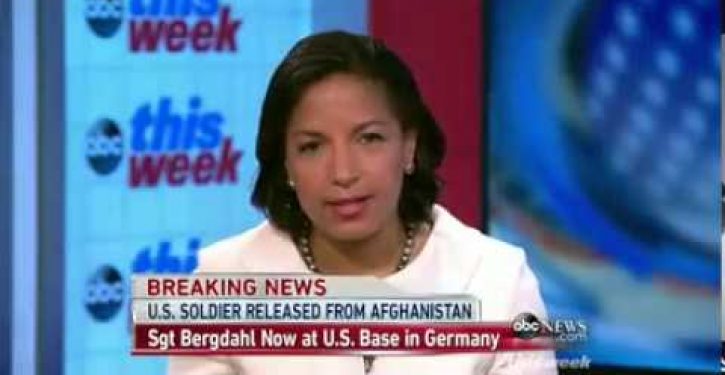 The parents of one of the U.S. soldiers killed during a search and rescue mission for Sgt. Bowe Bergdahl have accused Barack Obama of conspiring to cover up of the cause of death of their son. As reported by The Army Times, the parents of Lt. Darryn Andrews claim they were lied to about the circumstances leading to the death of their son in 2009.

Sondra Andrews, the late soldier’s mother, states that her family was told Darryn died on a mission to capture a top Taliban fighter. “‘By omission, we assumed they were just pursuing the Taliban,’ she said. ‘Then the guys [Darryn Andrews served with] started contacting me. They said, ‘No, ma’am, we were looking for [Bergdahl].'”

The Gold Star mother made it clear how disgusted she is towards the entire way the government conducted itself in its decision to release five top Taliban commanders in exchange for the release of Bergdhal:

They didn’t have enough respect for us to give us the consideration of letting us know, especially since Darryn was part of that mission. As a mother, you’re like, ‘what else have they not told us?

Mrs. Andrews also tells of how her son let the folks back home know that even though it was obvious that Bergdahl deserted his post, his platoon was still under orders to conduct foot and vehicle patrols for him in Taliban-controlled territory:

They found his gear. They knew [he’d left]. You don’t get captured and leave your gear in neat little stacks. They knew he had walked away from his post.”

Andrews’ widow, who was pregnant with her second child when he was killed in action, is equally critical:

It’s a slap in the face to people who served and risked their lives. They put their lives on the line to put these men in jail and now there’s this man [Bergdahl] with questionable character and devotion to the military who has been traded for these criminals.

Was it worth it…?

Susan Rice, the former U.S. Ambassador to the United Nations and current National Security Advisor to Barack Obama, gallingly stated in an interview on Sunday with ABC’s George Stephanopoulos that Bergdahl “served the United States with honor and distinction.” When asked if Bergdahl would face possible charges of desertion, Rice replied:

Certainly anybody who’s been held in those conditions, in captivity for five years, has paid an extraordinary price. But that is really not the point. The point is that he’s back.

The Andrews family reports that as Darryn and his men were conducting a search for the missing Private Bergdahl the lead truck was hit by an improvised explosive device and ended up crashing into the bomb-induced crater.

As the solders dismounted and attempted to move the wrecked truck out of the way, they were ambushed by a Taliban militia member armed with a rocket-propelled grenade. By all accounts, “Lt Andrews was the only one to see it and tackled three of his men to prevent them being hit. He took a direct hit and died.”

Lt Andrews was posthumously awarded the Silver Star for his bravery in the face of the enemy.

Let’s end open carry of long guns before the legislature does it for us
Next Post
Cartoon of the Day: The commander in chief and tomorrow’s military leaders