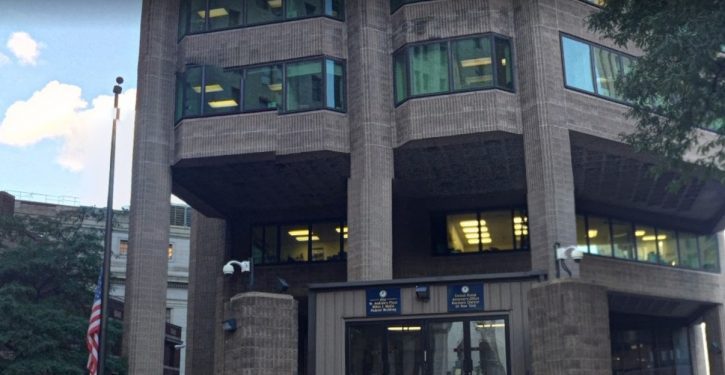 The SDNY entrance at the federal building, One Saint Andrew's Plaza in Manhattan. Google Street View

It was an interesting development on Friday when William Barr announced that Geoffrey Berman, U.S. Attorney for the Southern District of New York, was to be replaced by Trump nominee Jay Clayton, currently the chairman of the Securities and Exchange Commission.  In the announcement, Barr said the U.S. Attorney for New Jersey would take over for Berman as Acting (until Clayton could be confirmed by the Senate), starting on 3 July.

Berman lashed out quickly, saying he learned of the move from social media and that he had no intention of resigning.

On Saturday, ABC reported on a letter from Barr stating that because Berman wouldn’t resign, President Trump was removing him from his job.  (As mentioned in the Friday night article, a 1979 DOJ opinion indicates the president has the authority to do that with U.S. attorneys who have been appointed during vacancy periods by the district courts.)

Berman responded on Saturday by announcing in turn that he would now resign, immediately.  He also attributed this willingness to his claim that Barr would make his deputy USA Acting on his departure.

According to ABC, “It’s unclear whether Carpenito will still take over the office effective July 3 with Strauss now taking over for Berman.”

As discussed yesterday, this appears to be a case of behind-the-scenes wrangling between “deep state” interests and the Trump administration.  Barr’s intention to bring in a USA from outside the SDNY staff strongly suggests that his concern is about pervasive trends in the staff, and not just something specific to Berman.

ABC mentions in passing the following, near the end of the report:

Barr’s letter additionally says that office supervisors will be expected to report any instances of inappropriate interference in ongoing cases in the office to the DOJ’s Inspector General.

That’s clearly not a random admonition, and is without doubt related to firing Berman.  In the previous article we looked at the Giuliani-related investigations and the Jeffrey Epstein case, both of which ABC mentions (as have all the other media outlets).

But another recent move by the SDNY came to my attention in the last 24 hours, and may shed additional light on what’s going on.  This took place less than three weeks ago, when the SDNY moved to withdraw sanctions violation charges on which an Iranian bank owner, Ali Sadr Hashemi Nejad, had already been convicted by a jury in March 2020.

A number of mainstream outlets reported on this at the time.  They focused on the main topic of the NPR report: the defendant’s allegation that the SDNY prosecution failed to make “Brady” disclosures about exculpatory information.  The judge in the case now wants answers from the SDNY prosecutor.

The story is thus being framed as a curious case of the DOJ withholding exculpatory information and seeming to drop the case rather than admit to the error.  NPR compares it in the first couple of paragraphs to the Michael Flynn case.

What you don’t find in the MSM reporting is quite a glaring omission, which is that the money Hashemi Nejad is accused of laundering was going through a Turkish bank, and was being laundered in order to get money transfers from Venezuela to Iran past U.S. watchdogs.  Fortunately, the Foundation for the Defense of Democracies (FDD) was following the case in detail, and reported those details when the conviction was obtained.

A major cue to the Iranian banker’s activities came from Maltese journalist Daphne Caruana Galizia, the one who was killed by a car bomb in 2017.

Hasheminejad’s Pilatus Bank first came into the spotlight after Maltese investigative journalist Daphne Caruana Galizia, as The Shift reported, accused him of “a number of crimes including money laundering, kickbacks to Maltese politicians, and large transfers to members of the Azeri ruling elite.” At the time of her assassination by a car bomb in October 2017, Caruana Galizia was being sued by Hasheminejad and Pilatus Bank in a U.S. court for malice, defamation, and damaging the bank’s “reputation and actual and prospective economic relationships.”

It certainly wouldn’t be overly suspicious to question why this particular case was seemingly mishandled by the SDNY attorney’s office.  It’s merely a logical possibility, that exposing the exculpatory information – the information itself – would have been intolerable to someone.

The central Iranian connection places the case squarely in the category of core “deep state” interests.  As the Berman-Barr dust-up has matured this weekend, the silence in the mainstream media coverage about the Iran-Turkey-Venezuela sanctions case tells its own tale. 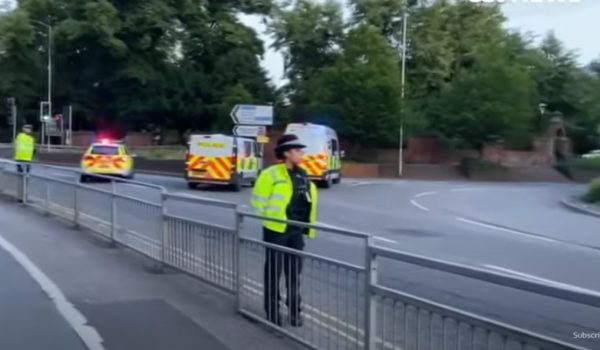