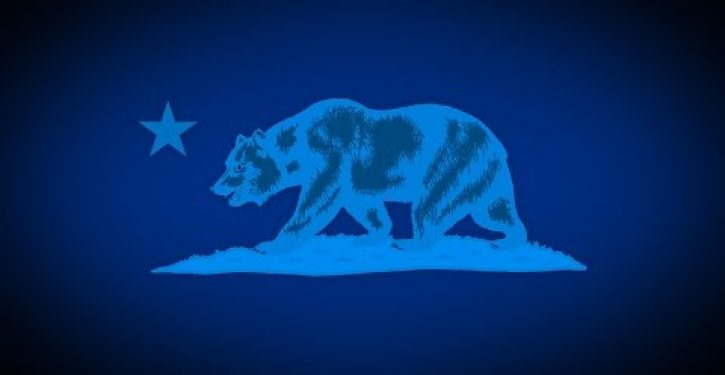 If there’s one person the California “Armed and Prohibited Persons System” (APPS) was supposed to keep disarmed, it was Elliot Rodger.

Rodger had been under the care of multiple mental health professionals for years, according to his parents.  He was known to his family and these professionals to have serious mental problems.  His parents warned law enforcement about the strange, threatening videos Rodger made in the weeks before he went on a rampage.  Rodger was even visited by sheriff’s deputies in the week before he attacked and killed six people, and then himself in the fight with police.

Elliot Rodger, 22, legally purchased the guns he used to kill three of the victims in his attack.  (He killed the other three with a knife.)  The APPS program was intended to cross-check exactly such circumstances: legally purchased, registered guns in the hands of people who shouldn’t or probably shouldn’t have them, due to either prior felony convictions or a record of mental health problems.  (The “probably” qualifier is problematic in the matter of a constitutional right, but that argument is a whole separate post – relating largely to what process should be used to make the determination, and how the citizen’s rights are to be upheld in the process.)

It doesn’t matter that the connection wasn’t handed to the police or sheriff’s department on a silver platter.  Law enforcement had the information.  The people involved directly in the case didn’t put it together.  In spite of the institutional emphasis on APPS in California’s law enforcement organizations, they never checked the gun registration database:

Emeryville, CA, Police Chief Ken James said, “I cringed when I learned they didn’t run [the database] for guns.”

It doesn’t matter that a judge hadn’t ruled Rodger incompetent, or ineligible to own firearms.  If it did matter, other California citizens against whom there has been no such ruling would not have had their guns seized in APPS raids over the last two 18 months.  No such ruling is required for raids and confiscations, according to the new pattern of APPS enforcement.  So the absence of such a ruling is not an excuse in Rodger’s case.

The point here is not to pin negligence on the sheriff.  Using professional judgment is as much a part of law enforcement as of any other profession.  The point is to establish that California’s APPS program, which has spawned armed raids against peaceful, law-abiding citizens through a mechanistic, database driven process, did not and cannot stop an Elliot Rodger.

What APPS has done is harass law-abiding citizens, subjecting them for no good reason to intimidation and alarm in their homes, and confiscating guns which the state often has no reason to think they shouldn’t keep.

APPS treats the constitutional right of gun ownership as something to be “administered” through the cross-checking of databases.  It dispenses with warrants, putting it in a “probable cause” twilight zone that ought to set off alarm bells for every American, regardless of his feelings about guns.  Merely being listed in two databases is enough to send the enforcement squad to your door – but it’s not clear that if the raiders asked for a warrant first, they’d get one.

In fact, Chuck Michel, a California-based gun-rights attorney, makes the following point in the NRA video below:

There are very few prosecutions resulting from the APPS program.

Let that sink in for a minute.  Armed raiding teams show up at people’s doors, without warrants, to “enforce a law” that almost no one is prosecuted for “violating.”

I urge readers to think about what that implies the purpose of law to be.  Does it seem logical and proportionate to you?  Should law be about armed enforcers roaming the land seizing items from the citizens – regardless of what the basis for the seizure is supposed to be?  If such seizures are to occur, shouldn’t they happen only if what the individual person is doing is so egregious and harmful that he ought to be brought up on charges – and the system should have to lay out a case and explain itself before a judge and 12 reasonable men?

That’s not happening in California, with the enforcement of APPS.  Instead, citizens like Michael Merritt, Lynette Phillips, and Joe Mendez (see their stories at links above) are being subjected to warrantless raids of their homes by armed assault teams, with the only outcome desired being the confiscation of their guns.  Some, like Mendez, are restrained, briefly detained, and then released without charge, while unjustly losing their legally owned firearms.  Others, like Merritt, eventually get their guns back, after considerable inconvenience to themselves.

And when APPS faces the test it was designed from the start to meet, it fails spectacularly.  This is not because of minor technical niceties:  i.e., that this condition or that feature of the Elliot Rodger problem didn’t conform exactly with what the APPS law requires to function.  The APPS law is applied on vague premises all the time.  It’s because APPS itself is a wrongheaded approach to both law and law enforcement.

Beyond its constitutional problems, rote database policing doesn’t work.  It never will.  It will only infringe on the rights of the law-abiding, without interdicting the rampages of the demented and determined.