Making outrageous, baseless claims about the prison population and its composition is the new national pastime among leftist grievance mongers. Many “social justice” types are taking their cue from U.S. Attorney General Eric Holder, who recently bemoaned the fact that felons are unable to vote, which he described too unjust to tolerate.”

Yesterday, another chapter of the Loony Left Lament played out on the steps of the New York State Capitol. Alice Green, executive director of Albany’s Center for Law & Justice, led a rally to convince Governor Andrew Cuomo to establish a commission to “right the wrongs” that have been perpetrated upon criminals in New York’s prison system. Green even compared the prison system to apartheid in South Africa.

“We’re here because a crisis exists in New York state that few people are recognizing,” … Green … said on the steps of the Capitol.

Citing housing and job discrimination that she said results from four decades of “misguided drug and mass incarceration policies,” Green urged the governor to create a Truth, Justice and Reconciliation Commission that would allow ex-cons to tell policy makers how the system has left them unable to find jobs or housing even after they have paid their debts.

The only people misguided here are Green and her ilk.  They seek to defend and even free people often convicted of much more than simple drug crimes.  For instance Green, former Green Party candidate for Lieutenant Governor, and her cohorts are vocal supporters of the Free Mumia movement, a group intent on freeing Mumia Abu-Jamal, a death row inmate convicted 30 years ago of killing a Philadelphia police officer.

Even better, at this particular rally, they propped up this man as an example of injustice:

Willie Gather, 53, of Albany, said he was put on a waiting list four years long for public housing in a building controlled by the Albany Housing Authority only to eventually be told that his criminal record disqualified him.

Gather, who said he is disabled from back injuries sustained in prison, said it has been impossible for him to find decent housing that he can afford — a system that he says pressures men like him to return to their criminal pasts rather than helping them live productive lives. [Emphasis added]

If he were a first time offender of a minor drug law as he is portrayed then perhaps their argument would have some sway.  Instead, Gather was recently released from his “third stretch in state prison” spanning “more than sixteen years.” In 1994 he was sentenced to 3 to 7 years in prison having pled guilty to attempted third-degree arson, for having thrown a molotov cocktail into a building.

Yet, egged on by Green and company, Gather had the audacity to ask, “How long do I have to go on paying for these felonies?”

Where are complaints about the powerful United Arab Emirates lobby controlling US foreign policy?
Next Post
Video: Clinton-backed candidate gets ‘blown out’ 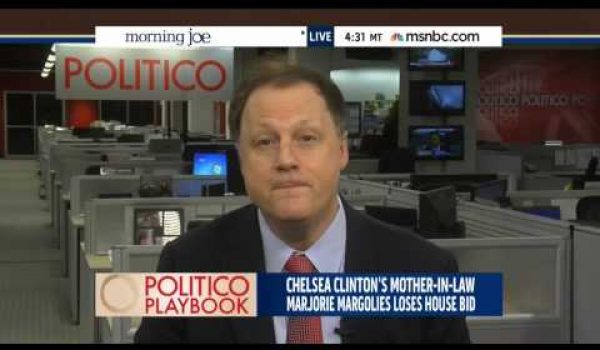