Dan Pfeiffer, former White House communications director and current senior advisor to the president, has an item at the Huffington Post that explains why Barack Obama “has only one option — use every ounce of his authority to unilaterally improve economic security.” Split infinitive aside, the false bill of goods Pfeiffer is attempting to peddle here is that Obama, absent an ability to work with a Republican-controlled House, has the power to legislate by executive fiat.

He doesn’t, of course. The Constitution is clear about that, but that claim is not the only thing Pfeiffer gets wrong in his defense of Obama’s repeated power grabs and history of the Obama presidency to date.

In the opening paragraph, for instance, he observes that the “American people want their elected representatives to focus on … the economy,” then states:

[D]espite tremendous progress over the last five and a half years, we have more work to do to expand opportunity to all Americans who are willing to work hard and play by the rules.

Tremendous progress over the last five and a half years? Let’s look at the metrics. The workforce participation rate, at 62.8%, is a at 36-year low. The last time this many Americans were too frustrated even to look for work, Jimmy Carter (aka, Obama Lite) was in the White House.

The rate of poverty has also moved in the wrong direction under Obama, reaching 15% for three consecutive years — the first time that has happened since the mid-1960s — and a record 47 million Americans receive food stamps, 13 million more than when he took office.

Gross domestic product, which stalled during the administration of George W. Bush (from whom, Obama has told us ad nauseam, he “inherited a mess”), has actually declined further. Through July 2013, the GDP under Obama grew by a moribund 1%. The national debt, meanwhile, is up $6.666 trillion since Obama took office.

Let’s move on. Pfeiffer goes on to accuse what he calls the “Republican Congress” of “obsessively trying to repeal the Affordable Care Act, ginning up politically motivated investigations, and reflexively blocking any proposal that would grow the economy and create jobs.” There’s a lot to digest there, so we’ll take it point-by-point.

The nightmarishness of the Affordable Care Act is so pervasive that even the mainstream media have taken to reporting the daily horror stories. Reuters reported today that consumers in California have organized a class action suit against Blue Shield over its misrepresentation of health plans that severely constrain the choice of doctors and hospitals. One might argue this is not the White House’s doing, but Blue Shield is merely following the president’s example. He told precisely the same lie on no less than three dozen occasions.

In addition, all of 12% of Americans at this point believe Obamacare is a success. If Pfeiffer genuinely believes Congress should be acting in a manner reflective of the will of the people, he should probably commend their efforts to repeal of the Affordable Care Act.

As for “ginning up politically motivated investigations,” 67% of respondents in a Fox News poll expressed support for a special committee to look into Benghazi, and 76% told pollsters with Quinnipiac University that they favor a special prosecutor to investigate the IRS scandal.

Finally, vis-à-vis GOP lawmakers “blocking any proposal that would grow the economy and create jobs,” Pfeiffer has it almost totally backward. The GOP-led House has sent 40 jobs bills to the Senate, and all of them have been summarily shelved by Majority Leader Harry Reid. But maybe Pfeiffer has a different jobs bill in mind. In 2011, Obama proposed the American Jobs Act, urging Congress to “pass this bill right away.” But the president couldn’t find a single sponsor in his own party who was willing to bring the bill to the floor of either house. 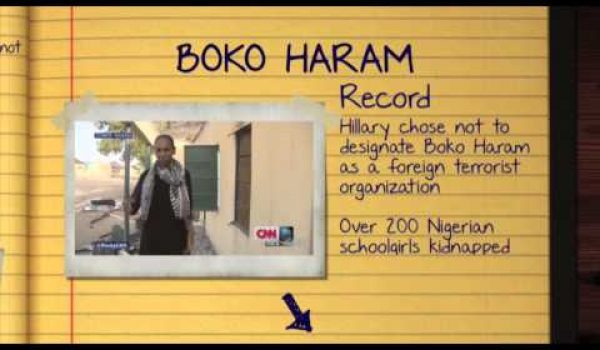 How can the GOP stop Hillary Clinton? By educating voters
Next Post
Feds’ school-discipline meddling will backfire and increase ‘zero-tolerance’ excesses