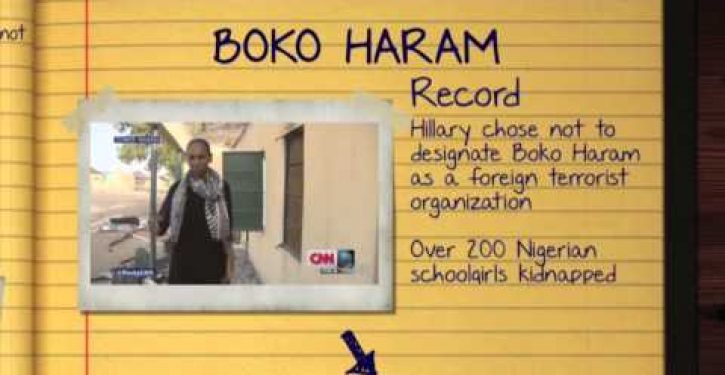 Karl Rove got caught up in a media frenzy after his recent suggestion that Hillary Clinton may have suffered brain damage as a result of her 2012 concussion, but his controversial statement did open up a pressing question for Republicans: What is the best way for the GOP to oppose Clinton, the presumptive 2016 Democratic presidential nominee? Let’s consider the possibilities.

If elected, Hillary Clinton would become the first woman president of the United States. So the first question is how the GOP and its candidate will stand against this seemingly historic candidacy without feeding the liberal media’s narrative of a Republican “War on Women.”

That will be the dilemma of 2016, assuming the GOP presidential candidate is a white male. Hillary will use “first woman president” as her trump card. Republicans would be ill-advised to ignore or downplay this device. A successful Republican candidate must understand and appreciate that emotional appeal. In fact, the GOP candidate must make the case that yes, our nation is ready for a female president, but Hillary is not the right woman for the job.

There is tremendous momentum swirling around Mrs. Clinton that will begin to gather steam as soon as she announces her candidacy. A Hillary win would seem like a glorious victory for feminism, one of the 20th century’s greatest social movements. Remember how much difficulty 2008 GOP nominee John McCain had running against a freshman senator with a thin résumé who managed to position himself as the triumphant final act of the Civil Rights movement.

As we saw in 2008 and again in 2012, a candidate who represents the potential victory of a great movement is afforded a “veil of protection” by mainstream the media that can be used when needed against anyone who dares to thwart the ultimate fulfillment of the movement. Just as a vote against Obama opened you up to suspicion of being a “racist,” we can fully expect that in 2016 opposing Hillary Clinton will draw suspicion that you are a “sexist.”

Do not underestimate, moreover, how many millions of Independent and even Republican baby-boomer women who helped sow the seeds of the feminist movement in the ‘60s and ‘70s will be cheering her on.

How does the male Republican presidential candidate maneuver around this movement? By persuading voters that an issue or personality flaw in the movement’s leader is more important than the triumph of the movement.

In the case of Hillary Clinton, that issue and personality flaw is “trust.”

This is where the gloves come off and all the past Clinton scandals of both Bill and Hillary come back to life. The campaign must come down to a simple question: “Can we trust the Clintons in the White House again?”

Exploiting Clinton scandals will be difficult, because there are so many!

Refresh your memory with this complete list of Clinton-administration controversies. But the problem is that time has moved on, and many voters either have forgotten or were not even born.

A baby born in 1998, the year President Bill Clinton was impeached, will turn 18 in 2016 and be ready to vote. Bill Clinton has brilliantly rebranded himself as a global humanitarian and made a miraculous comeback in media and Democratic circles as the “greatest politician of the modern age.” So voters both young and old are in need of a refresher course on “The Clinton Years.”

Thus, each Clinton-era scandal needs to be reintroduced. Every media impression must always end with the question, “Can we trust the Clintons back in the White House?”

Then there is Benghazi, Hillary’s own scandal and the GOP’s entry into attacking her complete record as secretary of state. Benghazi has the potential to be a game-changer if the newly formed House Select Committee produces some hard evidence that she was directly involved in a White House cover-up.

Consider this new Fox News poll asking the question: Do you think former Secretary of State Hillary Clinton has been honest with the American people about the State Department’s role in the events surrounding the Benghazi terrorist attacks or has she tried to deceive people?

On the other hand the poll also asked: Do you think Republicans in Congress who are investigating the Benghazi terrorist attacks are mostly doing it to get to the truth about what happened or are they mostly doing it for political gain?

Based on those answers the Benghazi controversy might not be an effective issue to use against Hillary, but only time will tell.

Policy-question attacks are the fairest game in any campaign. Here the GOP candidate has a golden opportunity to tie Hillary Clinton to the failed domestic and international policies of President Obama. Clinton is even more closely tied to the unpopularity of the Obama than McCain was to the unpopularity of George W. Bush, and the most hated part of the Obama legacy – Obamacare – was Hillary’s signature issue in the 1990s. The GOP candidate needs to ask her, “What exactly would you do differently?” How she dances around that question will be her greatest campaign challenge.

The Republican’s challenge is obvious. A recent Reuters/Ipsos survey reveals that 57% of people who know who Hillary Clinton is view her favorably.

The Republican’s challenge will be to turn that perception around by helping voters get to know the real Hillary Clinton. Anything can and will happen between now and 2016 — including every Republican’s dream that instead of leading a cheering women’s movement to the Oval Office, Hillary heads to the serenity of a grandmother’s rocking chair.

Ed. note: The Republican National Committee has cobbled together a useful video that can be used to remind voters on the fence of Hillary Clinton’s many bad decisions:

Cartoon of the Day: Government may be hazardous to your health
Next Post
Dan Pfeiffer on how a president should govern when Congress won’t do its job