Former Secretary of State Hillary Clinton was criticized last week when it was revealed her State Department refused to designate Boko Haram, the Islamist group that is kidnapping girls in Nigeria, a terrorist group despite the urging of the Justice Department, the FBI, the CIA, and over a dozen senators and congressmen. Today the story got worse.

On Feb. 9, 2012, Boko Haram threatened to assassinate U.S. Ambassador to Nigeria Terence McCulley in retaliation for U.S. cooperation with efforts to fight terror in Nigeria and STILL Hillary’s State Department refused to place them on the terrorist watch list. And according to a State Department source, the refusal was based on the opinion that it might hurt the Obama reelection campaign.

‘We have had him under surveillance for a while and if the MOU is signed, we will carry out a premeditated attack on him,’ Boko Haram had said in a separate statement, according to Nigerian media.

Nigeria’s civilian government, the group added at the time, would be making a grave mistake if it joined America in an ‘unholy marriage’ to fight ‘our men.’

The Daily Post Nigeria in Lagos confirmed the report on February 10, 2012, adding that Boko Haram had also threatened ‘several suicide attacks on American targets’ as part of an ‘international jihad.’

According to one source, the State Department refused to label Boko Haram as a terrorist group because of politics, because it didn’t fit in with the Obama reelection message of “Bin Laden is dead and al Qaeda is on the run.”

A former State Department official who served in a legal capacity under Secretary Clinton told MailOnline on Wednesday that one component of the decision was undeniably political.

‘Bulking up the FTO list was not what anyone in leadership wanted,’ the former official said. ‘At some point it became as much about how things looked as what needed to happen. Bringing attention to the expansion of Islamist terror in Nigeria, an important U.S. trading partner, would have counted against Obama as he campaigned to keep his job, according to the former State Department official.

‘We all understood, as the State Department does today, that al-Qaeda is far from being defeated,’ he said. ‘But no one wants to say that in a swing state, right?’

Gee, it’s hard to believe that the State Department would refuse to put a terrorist group on the terrorist watch list to help out Obama’s reelection. That would be as bad as a fake story blaming the murder of a U.S. Ambassador to Libya on a creepy anti-Muslim YouTube video. And we know that would never happen … right? 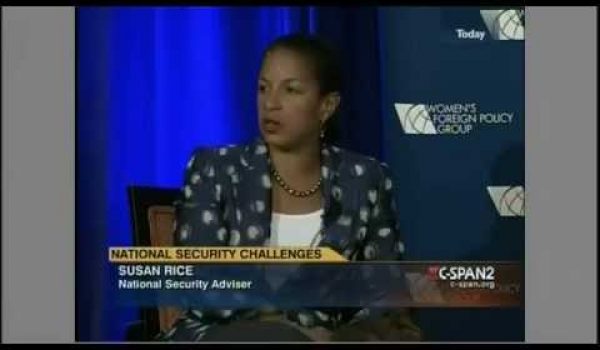