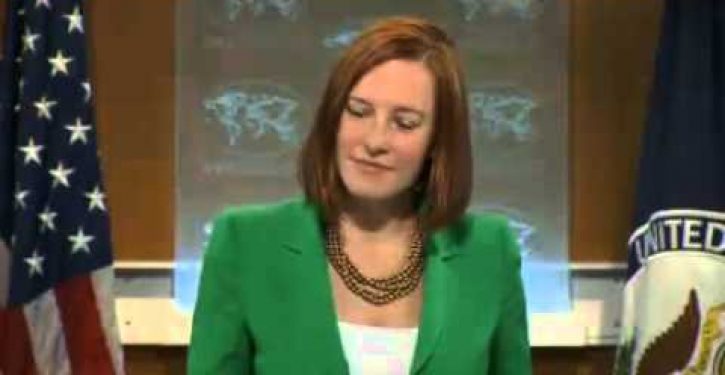 If Barack Obama had a daughter — OK, another daughter — she would be State Department spokeswoman Jen Psaki. Not that Psaki, a lily-white redhead, looks anything like the president. Rather there is something familiar in her smug, above-it-all manner.

As I’ve noted previously, Psaki has the irritating habit of grinning inappropriately as she fields and answers questions from the press corps on matters that are almost never a laughing matter. And like an impudent child, she wears her smirk with pride. Other commentators who noticed this too. BizPacReview  wrote last December:

A body language expert could have a field day analyzing the reaction of the State Department spokeswoman as she fumbled her way through pointed questions from a Fox News reporter on why reporters were lied to about the years long secret negotiations with Iran.

Spokeswoman Jen Psaki kept breaking into odd, beaming smiles as Fox’s Chief Washington Correspondent James Rosen pressed her on why the State Department continually denied the Obama administration was engaged in secret talks with Iran over its nuclear program, reportedly since 2011.

Yesterday, Psaki learned what it is like to be on the receiving end of the sarcasm. She brought it on herself when she made the ludicrous claim, “I would argue the president doesn’t give himself enough credit for what he’s done around the world.”

It’s hard to say what’s funniest about this observation, which was made in earnest. Is it the notion that Obama is so self-effacing and humble that he doesn’t take credit he deserves, or is the implication that he’s had foreign policy successes?

In the video that follows, one reporter snidely responds to her boast that Obama has been “victorious” in Ukraine by asking whether the president is ready to declare “mission accomplished” (around 0:38). Psaki scarcely has time to answer before a second reporter asks incredulously:

You would argue that the president give himself enough credit? How much credit would you give him? … Two hundred percent?

When Psaki responds that she would give him more credit than he has given himself, the reporter asks, “For what?” 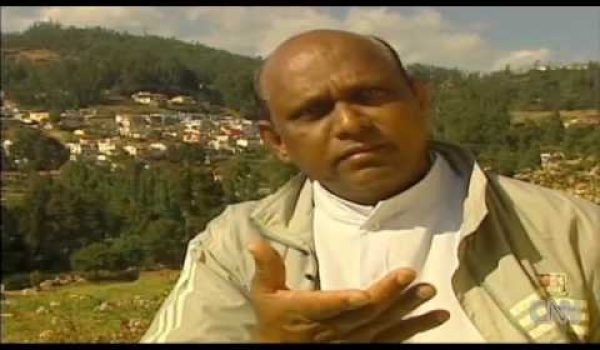