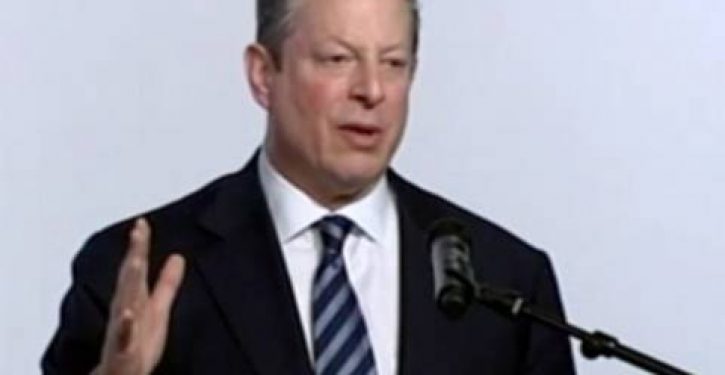 “The dominant theme of the winter of 2013-14 was one of persistent cold and snowy conditions for a good part of the nation from the Upper Midwest and Midwest through the Great Lakes Region. There were 25 named winter storms that spanned a time frame from early October through mid-April.”

How do you like them apples, climate change deniers? That observation is from the Obama administration’s a new and compelling National Climate Assessment on global cooling (er, , climate change), which proves once and for all that the debate is over. Dealing with climate change (CC) is the number one priority of our time. CC is here, and it must be dealt with now, ahead of jobs, ahead of a worse-than-ever health care system, ahead of everything.

Break, break. I got my sources confused. The quote above is from Weather Underground, a popular nonpartisan website frequented by weather junkies when they are not sitting in rapt attention glomming out on The Weather Channel. Here is the actual quote from the White House report:

Americans are noticing changes all around them. Summers are longer and hotter, and extended periods of unusual heat last longer than any living American has ever experienced. Winters are generally shorter and warmer. [Emphasis added]

I admit, I am nitpicking. The statement does include the qualifier generally. Last winter was obviously the exception and, as climate expert Jay Carney was quick to note during yesterday’s White House press briefing, exceptions prove the rule. Colder winters are also evidence that global weather patterns are changing dramatically and for the worse. But don’t take his word for it. “Ninety-seven percent of scientists who study this issue,” he boasted, “agree that climate change is real and it is the result of human activity.”

Not all observers are impressed with the 97% consensus. Charles Krauthammer, a regular on Fox News Channel’s “Special Report,” said on last night’s show:

And because climate is so complicated, the idea that we, who have trouble forecasting what’s going to happen on Saturday in the climate, could pretend to be predicting what’s going to happen in 30, 40 years, is absurd. And you always see that no matter what happens, whether it’s a flood or it’s a drought, whether it’s warming or cooling, it’s always a result of — what is ultimately what we’re talking about here, is human sin with pollution of carbon.

This is quite superstitious.

Sean Davis, of the Federalist, took the argument a step further. If there is a consensus, he maintains, it is in the 95% of climate models that agree that observations like those in the White House report are wrong.

Unfortunately, climate models — ones that can accurately and consistently predict global temperatures in the not-so-distant future — simply don’t exist in the present. Indeed, for a group that so nakedly appeals to the authority of “consensus,” the faith-based global warming alarmist movement is shockingly impervious to the consensus of actual data:

And therein lies the real reason why so many global warming cultists are so desperate to change the terms of the debate. Rather than discuss the actual science, they’d rather marginalize anyone who disagrees with their policy prescriptions.

But, wait, there’s more. The Heritage blog The Foundry has a “fact check” of the National Climate Assessment. Here is a sample:

Reality: Precipitation patterns were never constant. Creating a crisis from the normal allows climate catastrophists to point to every abnormal bit of wet or dry as being “consistent with models” that predict one horrible outcome or another.

Reality: Yes sea level is rising, which it has done since the end of the last ice age. But the frequent claims and predictions of accelerating sea-level rise are not borne out in the data. In fact sea-level rise has slowed recently. One main-stream climatologist says this variation “makes the 21st century of sea level rise projections seem like unjustified arm waving.”

NCA Quote: “the frequency and intensity of some extreme weather events are increasing”

Reality: The latest report on the science from The Intergovernmental Panel on Climate Change and analysis provided by the adminstration’s own National Climatic Data Center conclude that there isn’t a case for extreme weather increases – no significant trends for floods, droughts, hurricanes or tornadoes.

If you need further evidence of the lack of predictive authority when it comes to near-term weather phenomena, deal with this bit of “real science” from 2009. The speaker is the foremost climatologist of our time, Al Gore, and he was super cereal when he announced at the U.N. Climate Change Conference in Copenhagen:

Some of the models suggest that there is a 75 percent chance that the entire north polar ice cap, during some of the summer months, could be completely ice-free within the next five to seven years.

The polar ice caps, which remain largely unchanged, have refused to cooperate with Gore’s plan.

Why on earth would anyone want to buy into Obama’s version of the same snake oil?

Hamas may receive $400M from Obama Administration, urges kids to ‘shoot Jews’
Next Post
Cartoon of the Day: If lies were flies…