What was initially planned as a joint fraternity/sorority charity event at one of the nation’s leading colleges has since been cancelled due to one individual decrying the theme of the fundraiser as not only derogatory but also personally insulting to her Mexican bloodline and culture. The Alpha Phi sorority and Phi Delta Alpha fraternity at Dartmouth College have cancelled their long-planned-for South-of-the-Border-based “Phiesta” benefit for cardiac patients because a single student complained.

Campus Reform and the university newspaper, “The Dartmouth”, report that Daniela Hernandez, Class of 2015, fired off an angry email to a number of university officials and organizations upon learning the grisly details of the bigoted blow-out. The distribution list for Hernandez’s e-wrath included Wes Schaub, director of the Ivy League school’s Greek Letter Organizations and Societies, the Panhellenic Council, the university’s Office of Pluralism and Leadership (OPL), and Dartmouth’s Dean Charlotte Johnson. The missive ensured that all concerned understood just how upset and insulted the “Mexican-born, United-States-raised, first-generation woman of color” felt over the situation.

The Phiesta promised attendees a hearty, albeit alcohol-free, repast consisting of virgin piña coladas and strawberry daiquiris, burritos, chips and salsa, and guacamole. This assault on Hernandez’s personal dignity and heritage prompted her to write:

There are various problematic structures and ideologies regarding a Cinco de Mayo-inspired event, and I am sure that we, as a Dartmouth community, could learn from the extensive literature written about the Americanization of Cinco de Mayo and its construction as a drinking holiday in the United States.

Not understanding the difference between a “business opportunity” and a charity event, Hernandez continued by noting how offensive it is that the Greek organizations are guilty of “cultural appropriation and the inappropriate usage of cultural clothing, and the exploitation of groups of people and cultures for the sake of business opportunities.”

OPL director Alysson Satterlund was quick to fire off her own e-response to “The Dartmouth.” Kicking her politically correct sensitivities into high gear, Satterlund apparently forgot about the sick people while composing her response:

Events that mock and marginalize others certainly do not reflect our Principle of Community and do not reflect values of inclusion, respect and a care for others.

We felt that the possibility of offending even one member of the Dartmouth community was not worth the potential benefits of having the fundraiser.

As is the norm for sorority and fraternity fundraisers, especially those hosted by tony Ivy League schools, the anticipated thousands of dollars worth of funds raised for those suffering from maladies of the heart are now no more than wishful thinking of what might have been.

In the meantime, the untold number of patients that could have been helped remain sick and dying. 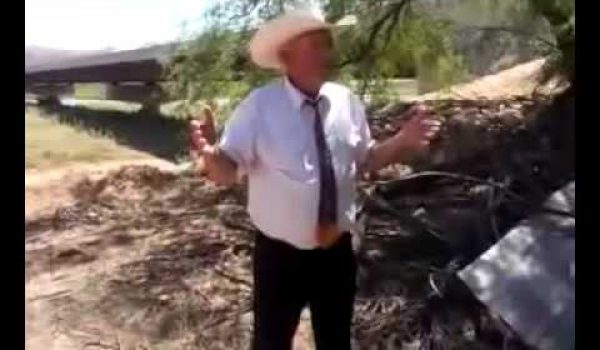 The New York Times turns tabloid, and why context matters
Next Post
A big sloppy ‘thank you’ to the MSM for tooting the racism dog-whistle against Bundy