For most of America, life after Obama (LAO) begins in two years and eight months. For the poor saps who call the City of New York home, their season in hell will not be over until 2018 — and that’s only if they come to their senses by then. If they don’t, they will condemn themselves to another four years under a mayor who on his best days is Obama light.

On most days, far-left Mayor Bill de Blasio is indistinguishable policy-wise from the 44th President. He, too, believes that universal pre-K should be mandatory — and free, paid for by the rich bloodsuckers whose tax dollars keep the city that doesn’t sleep wakeful. His intense dislike of the wealthy, except as conduits through which money can be siphoned down to the more deserving underclass, was manifested in his decision to leave the streets on Manhattan’s tony Upper East Side unplowed during a snowstorm in his first days in office.

Another similarity between the two is in their hiring habits. Take de Blasio’s new mayoral aide … please! Her name is Kicy Motley, and she has a history of tweeting her mind freely — and obscenely, targeting “everyone from the NYPD to the NAACP,” according to the New York Post.

On Aug. 11 2012, after New York’s finest shot and killed 51-year-old Darrius Kennedy, she wrote on Twitter:

“In addition to using gangsta-rap-like language to blast the cops,” the article goes on, Motley “also slammed the NAACP in January for siding with drink companies against Bloomberg’s soda ban”:

@NAACP aka corporate d–k riders. Standing with soda makers for a few bucks.

In February, she linked to an article highlighting Bloomberg’s pro-gun-control efforts on Twitter, writing, “Hey rest of #America, welcome to Bloomberg using his #money to mess up your sh-t.”

She even used Twitter to applaud crazed ex-LAPD cop Chris Dorner, who went on a wild shooting spree across Southern California after claiming he was fired because of racism, tweeting:

There’s a part of me rooting for #Dorner. This racist, imperialist country gets the best of people sometimes. It makes some snap. #lapd.

Several days later, Dorner was killed by police in a standoff.

But Motley does have her genteel side. She demonstrated it after the Post exposed her ugly rants, writing in a prepared statement:

These tweets do not reflect my values, and I regret posting them in haste. I apologize for any pain they may have caused.

Her Twitter page, under the handle @BrooklynKicy, has been taken down.

Yankee One Dollar closing remaining stores due to Obamacare
Next Post
Video: ‘How to Be a Lesbian in 10 Days or Less’ 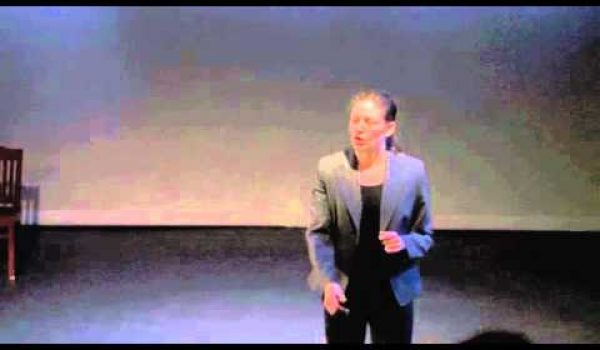