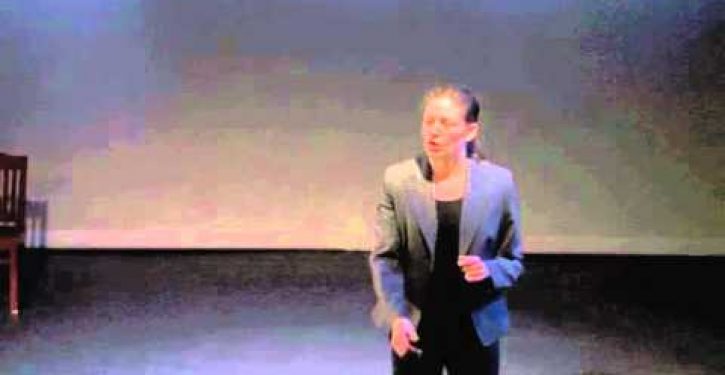 My first instinct when I first saw the title of this video was skepticism. I mean, with all the syllables that have been expended on the hypothesis that homosexuality is genetically predetermined, you can’t help but wonder how anyone — even someone with the showbiz name Butchy McDyke — can teach this as though it is a learnable skill.

According to Campus Reform, McDyke will be a featured part of an LGBTQ seminar at the University of South Carolina Upstate (USCU).

Described as “a motivational speaker and expert lesbian” (again there’s that troubling notion that lesbianism is not a genetic predisposition), McDyke will “deftly guide her captive audience in an exploration of self-discovery and first love, coming out, lesbian sex, queer politics, and a really important Reba McEntire song.”

According to Lisa Johnson, director of the Center for Women’s & Gender Studies at the university, the seminar is being financed by means of outside grant money as well as university funds. When queried on the percentage provided by USCU, Johnson told Campus Reform:

Until you call and ask how much money has been spent on heterosexual literature, I’m not going to answer that question.

CR notes that earlier this month, the South Carolina House of Representatives voted to cut almost $70,000 in funding for two public universities, including $17,142 from USCU, over literature containing gay themes.

The seminar is scheduled to take place on Apr. 10 and 11, but if you were intent on going, I hesitate to tell you that you missed the registration deadline, which was Saturday, March 15. Luckily, a video of McDyke in action follows: