After a disastrous presidential campaign in 2012, can Texas Governor Rick Perry mount a credible bid for the White House in 2016? Perry is currently on a media tour touting the theme that America is a great place for second chances, specifically second chances for Texas governors with lofty ambitions.

Perry is trying to erase the memory of his disastrous 2012 GOP presidential campaign, which included “brain-farts” and “oops” debate moments with his folksy, charming, and uniquely American manner.

Up until his ill-fated Republican presidential primary run, Perry had never lost an election in his entire life. Having succeeded George W. Bush as the Lone Star State’s governor in 2000, when Bush’s ascended to the presidency, Perry won three gubernatorial elections in a row and a grand total of six statewide races in Texas.

In fact, when he leaves office in 2015, Perry (who is not seeking re-election this year) will have been the longest serving governor in Texas history.

He is poised for 2016 as a politically battle-hardened governor of a powerful state who, on paper is eminently qualified to be President of the United States.

Of all the governors with presidential ambitions, Perry is among the most active and vocal proponents of the Republican philosophy of smaller government and less regulation. He claims his governing philosophy has resulted in Texas leading the way in economic growth and job creation. The Lone Star State is currently the fastest- growing large state in the U.S. and Austin, Dallas, and Houston are three of the nation’s top five fastest-growing cities.

Texas is booming and Perry takes much personal credit for that, but he still has two major problems. First, he will have to explain away the manifold gaffes and failures from his last presidential campaign.

Perry’s explanation is a good one. It has been well-documented that he was recovering from experimental back surgery involving his own adult stem cells only six-weeks before making his official presidential announcement at the conservative RedState Gathering on August 14, 2011. What’s more is that throughout his campaign, he was taking painkillers, not sleeping and having trouble standing due to chronic pain.

Second, Perry has to cope with the lingering shadow of his predecessor in the Texas governor’s mansion, George W. Bush. The comparison to the still unpopular 43rd president reinforces Perry’s poor 2011 primary performance. As a result, it is almost too easy for Democrats and some unfriendly media outlets to brand Perry as another dumb Texas good-ole-boy and for Americans to believe it. All that is needed is a re-play of Perry’s most painful debate moments and “mission accomplished.”

But if there is any way American voters could disregard these factors, here is why Perry deserves a second chance as illustrated in this often asked Gallup poll question: “What do you think is the most important problem facing the country today?” Among the top three answers are unemployment/jobs and the economy in general, both areas where Perry has built a strong record in Texas and makes very compelling arguments about his ability to nationalize them in his stump speech.

If Perry does decide to run again, are Americans willing to give him a second chance after he was so thoroughly humbled in 2011? Don’t forget, being knocked down and then forging ahead are strong personality traits that most Americans admire. But on the flip side, “You never get a second chance to make a first impression.”

Cross-posted at the Daily Beast.

Did a lunch lady at school tell a 5-year-old she couldn’t pray? *UPDATE*
Next Post
Video: Parisian Jew savagely beaten by Arab thugs 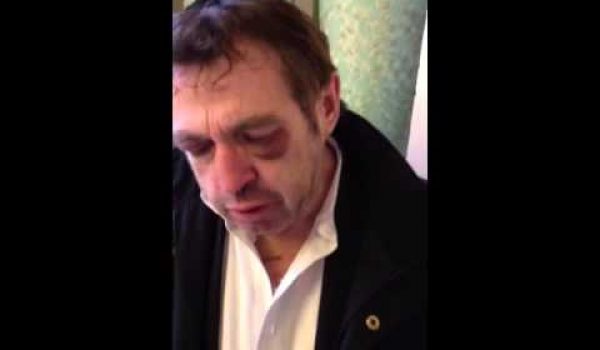