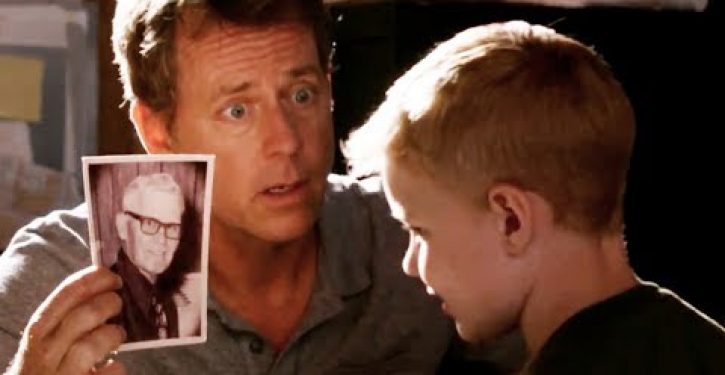 According to Washington Times columnist Joseph Curl, the strain of five years of worrying under the leadership of President Obama has brought Americans to their knees in prayer. And not just your average Joe and Jane Q Public, either. It appears that the ivory tower residents of Tinseltown have found religion, too.

God is making a comeback, and so are the Bible, faith, and religion. The economy is worse, not better. All those 20-somethings whom millions of Americans have been putting through college the past half-decade are moving back home. Obamacare is turning into Obamascare; no one feels safe, secure anymore. [There is] not much hope for ‘hope and change.’

Curl found some comfort in the faith movies and films that reflect a Hollywood investment as people move toward God because they “are looking for some sort of meaning” now that “Obama hasn’t panned out.” His report mentioned films that have already caused controversy as well as others that may cause their own share of outrage in time.

Among them are the newly released “Son of God,”  “God’s not dead” (featuring Willie Robertson of “Duck Dynasty fame,” to be released late March), “Noah” (a mega budget blockbuster, also to be released late March, starring Russell Crowe and Emma Watson), “Heaven is for real” (to be released in April), “Left Behind” (June release), a remake of “Exodus” (slated for December, starring Christian Bale), and “Mary, Mother of Christ” (planned Release 2015). In addition, there are rumors afoot of a “Cain and Abel” movie starring Brad Pitt.

Does treaty mean US-UK in technical state of war with Russia?
Next Post
Liberal ‘New Republic’ admits: Mitt Romney was right about Russia