Will Obama do as much for Ukraine?

Six years before the Sochi Winter Olympics, then-Russian Prime Minister Vladimir Putin made military invasion of a neighbor a Summer Olympics event while attending the non-military festivities in Beijing with U.S. President George W. Bush. Some have sought to defend President Barack Obama against charges of aggression-inviting appeasement abroad in the wake of Russia’s invasion of the Crimea in Ukraine last week by citing their 2008 invasion of the Republic of Georgia. We can’t agree.

While President Bush’s good-man-discerning peer into Putin’s soul wasn’t helpful, it is impossible to accuse a Commander-in-Chief that had invaded two nations, removed their Islamist regimes and declared that any other nation not with the U.S. is against the U.S., as being a 21st-Century Neville Chamberlain. Moreover, just days after Russian tanks entered Georgia to support separatists in its provinces of South Ossetia and Abkhazia, President Bush sent US military transport planes with humanitarian and medical supplies to Georgia, coupled with a warning to Putin not to obstruct the aid effort. And possibly even more significantly, he sent Secretary of State Condoleezza Rice  to Tbilisi in a bold show of  support for Georgian territorial integrity.

For Russia to take Georgia’s capitol, it would have had to capture America’s chief diplomat. The invasion stopped in South Ossetia, and to this day, only a handful of nations recognize the independence of the two tiny Russian client states. The U.S., the United Nations and most nations of the world still recognize South Ossetia and Abkhazia as areas of the Republic of Georgia.

We hope that President Barack Obama will reverse his “reset” and “flexibility” policies with Putin and lead or join a coalition of free peoples to isolate Russia on trade and other matters. We are happy to see Secretary of State John Kerry fly to Kiev in a show of solidarity with freedom-loving Ukrainians.

But that he has appeased Russia and many other enemies of Liberty and the United States is not arguable. It has been his near-explicit policy since his post-2009-Inauguration Apology Tour, after which the re-set withdrew promises of missile dense technology with Ukraine, Poland and the Czech Republic. President Obama didn’t stop there. He has drastically cut defense spending, surrendered our gains in Iraq, appeased Russia’s ally in Iran, and erased the WMD-Red Line when Russia parked warships off the coast of Syria.

It should be no surprise that when Democrats that blame America first every problem on earth, evil actors will up the ante when they have nothing to fear from the Carters, Clintons and Obamas of the world. It is as predictable as the obvious deleterious effect of their tax and regulation policies on employment and economic prosperity.

Hopefully a majority of American voters are re-learning the lesson they learned when the Carter-Reagan contrast was made manifest, and vote for the “R” candidates in 2014 and 2016.

Meet the left’s new ‘protected class’ — convicted criminals
Next Post
Top Brit conservative: Immigration forces us to ‘give up our culture and identity’ 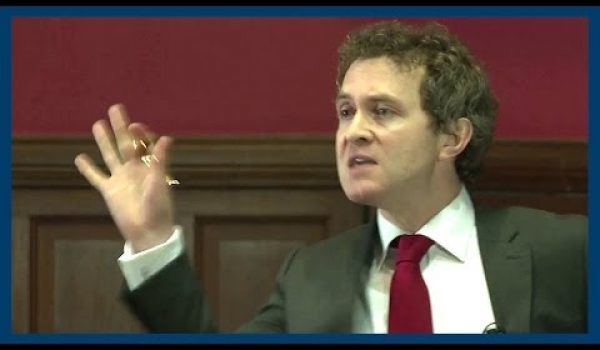