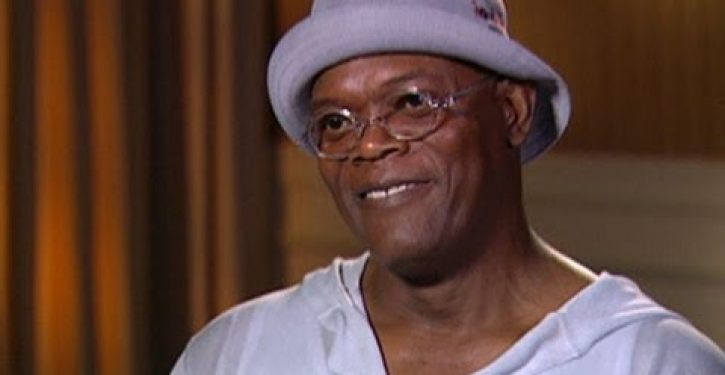 When will actor Samuel L. Jackson learn to keep his yap shut unless he’s reciting lines prepared for him by a Hollywood script writer? When he shares his own heartfelt opinion, he creates uncomfortable situations for his fellow liberals, who are then forced to explain why what he said wasn’t so bad. For example, When he weighed in on not-guilty verdict in the George Zimmerman murder trial last August by announcing that it’s “open season” on young black men, the liberal media spent days mopping up after him.

Recently, he was at it again. In an interview appearing in February’s Ebony Magazine:

[T]he 63-year-old revealed the reason why he casted [sic] his vote for President Barack Obama. “I voted for Barack because he was black,” Jackson confessed.”Cuz that’s why other folks vote for other people — because they look like them.”

… “That’s American politics, pure and simple,” Jackson said. “[Obama’s] message didn’t mean sh*t to me.” “When it comes down to it, they wouldn’t have elected a n-word.”

It’s a remarkable statement really. Not only does he overtly admit to having voted purely on racial grounds but underscores the shallowness of this decision with his acknowledgment that he cared not a whit (or a word that rhymes with whit) about Obama’s message.

Through his remarks, Jackson served up quite the turd sandwich to those on the left. Listen to how Cenk Uygur, host of The Young Turks, and Ana Kasparian “break down this amazingly honest statement by the actor.” Pure comic gold!

At approximately the 1:51 mark, Uygur transforms himself into a Seinfeld character, not only by proclaiming “yada yada yada,” but by advising, “Keep it real: They’re all the same!” meaning politicians. That admission, by one of Obama’s most fiercely loyal boot lickers, has to come as hard to cheese to the administration.

Now Wendy Davis (sort of) supports abortion ban after 20 weeks
Next Post
U. of Alabama censors pro-life display but not full frontal nudity 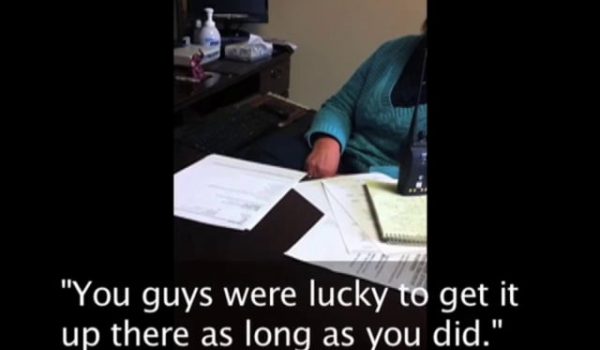