Remember Democrats? They’re the “party of science.” Their spiritual leader reaffirmed their embrace of scientific method in his State of the Union last Tuesday, when he declared (to applause from his base) that “the debate is settled. Climate change is a fact.”

So, it now appears, is the assertion that the Keystone XL pipeline will not increase carbon emissions. The claim has been made before, by numerous scientists, but now the assurance comes from the president’s own administration. On Friday, his State Department released a report of its final environmental impact study, and it’s all systems go.

So full speed ahead, eh Mr. President? Well, not exactly. In yesterday’s White House press briefing, Jay Carney was pelted with questions about whether the administration would be giving the green light to the project now that all obstacles had been removed. His answer:

There’s a longstanding process … in place to determine whether projects like this are in the national interest. The President last year in a speech at Georgetown spoke very clearly about the national interest component of this project in particular. So I would refer to what he said.

Yes, Jay, but that was last year. We’re talking about now, and the latest report, which bears out the findings of all previous reports: that concerns over risks to the environment are misguided.

But Obama now finds himself between a rock and hard shale. He claims he needs another 3 months, during which time Bloomberg writes:

[T]he public will be invited to comment on the project, and the same eight federal agencies that have already weighed in will have 60 days beyond that to weigh in again. It’s doubtful anyone will have anything new to add.

This is, as it has long been, a stall tactic and nothing more. Obama fears, no doubt with justification, that a yes to the project — which would be a shot in the arm to the economy and a source of much-needed heavy crude — would alienate the green lobby. Members of that informal coalition continue to maintain that Canadian crude should stay in the ground, even if that flies in the face of evidence that their fears are unfounded.

The president could try something novel here. He could try explaining to opponents that science supports the creation of the pipeline. That it would create tens of thousands of jobs. That even if the U.S. gives the pipeline a thumbs-down, the project will go forward anyway, most likely sending its 800,000 barrel-a-day payload in a westerly direction, toward Asia.

It’s called telling the truth. The question is whether Obama has the cojones to do it. 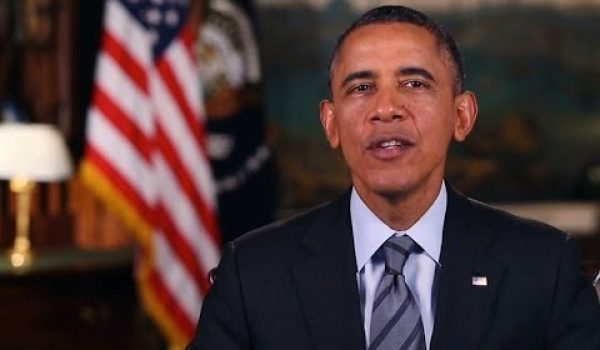 Obama: ‘economy speeding up,’ vows to bypass congress
Next Post
Football ruining millions of lives, or something