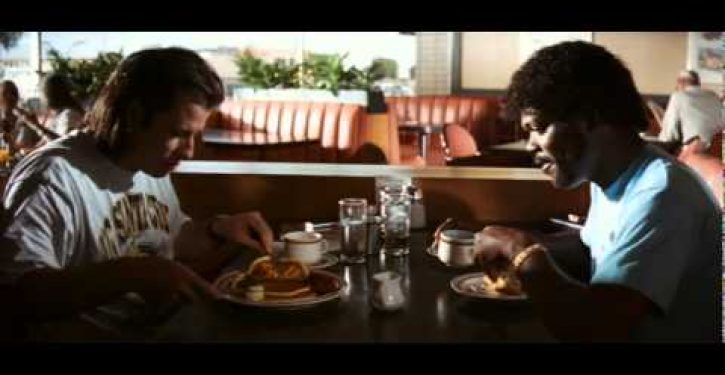 As Emily Litella might say, “What’s this I hear about pigs wearing blackface?” AFP has the actual story (via Weasel Zippers), which is still pretty funny:

The company which prints copies of the International New York Times sold in Malaysia blackened out the faces of pigs in two photos in the paper Wednesday, sparking ridicule online in the Muslim-majority country.

KHL Printing Co superimposed black boxes on the pigs’ faces in line with government guidelines, said a company employee who declined to be named.

“This is a Muslim country so we covered the pigs’ eyes,” he told AFP. “We usually do that for the International New York Times — also for pictures of cigarettes, weapons, guns and nude pictures.”

The front-page picture of a group of brown and black-and-brown piglets in the United States accompanied an article on increasing consumer demand for antibiotic- and hormone-free meat.

Another picture of pigs on the inside of the paper accompanied the rest of the article.

The censorship drew a flood of online comments, with many ridiculing the move.

“Poor piggies,” one user wrote on Facebook, while another said, “This is hilarious… We are officially a nation of morons.”

Home ministry officials did not immediately respond to a request for comment.

Muslims consider pigs to be unclean. Some 60 percent of Malaysia’s 28 million people are Muslim ethnic Malays.

Pigs may be unclean, but they sure taste good: