China says its recent Moon landing isn’t just a “show,” but a serious energy-extraction enterprise with wide-ranging implications for Earth.

Beijing intends to use the Moon as a base for mining Helium-3, a key element to unleashing fusion power.

The unprecedented project is being directed by Xu Dazhe, who heads China’s National Space Administration, as well as that country’s atomic energy efforts. Xu is also director of the State Administration of Science, Technology and Industry for National Defense.

This Moon landing was a brilliant enterprise, which far exceeded the accomplishments of any Moon exploration On the Moon, there is a raw material dropped as part of the radiation of thermonuclear fusion. Helium-3, as radiated from the Sun and accumulated on the surface of the Moon, is now the most promising factor in planning the future of the life of the human species.

By what that China team has done and reported to scientific mankind … we are no longer Earthlings.

The former U.S. presidential candidate predicted, “We will not live on the Moon, we will not live on Mars, not in any known future.” But he said China’s Moon mining could forge “a functional relationship between Earth and the Moon.”

If we succeed in taking advantage of what the Sun delivers to the Moon, as an accumulation, and apply that to the intention of thermonuclear fusion on Earth, the successful application of the use of helium resources stored on the Moon, will create a quality of achievement in the development of thermonuclear fusion (on Earth), which will (change the history of the solar system).

The United States, however, is sitting on the sidelines. By terminating NASA’s Constellation project, the Obama administration scuttled plans for a next-generation heavy-lift rocket. Without that hardware, America has, for now, effectively put China in the cockpit to the heavens. 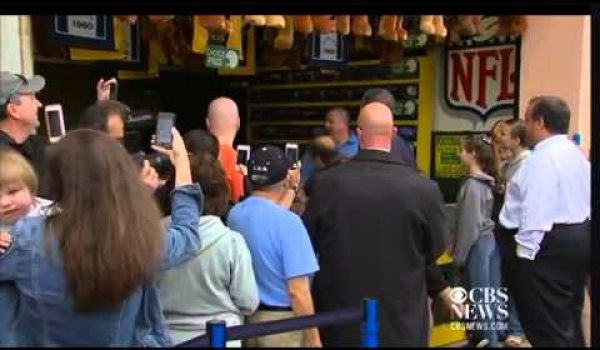 Obama: ‘I would not let my son play football’
Next Post
Fetal pain on Sanctity of Human Life Sunday