Today, the third Sunday in January, due to its proximity to anniversaries of the notorious Roe v. Wade decision by the U.S. Supreme Court on January 22, 1973 making abortion legal nationwide, is and has been recognized for many years by millions of Americans as Sanctity of Human Life Sunday, especially including those in Christian churches.

Since 1973, over 5.5 million human lives have been snuffed out via abortion.

Roe originally set up a trimester test that allowed states to ban late-term abortions except if necessary to save a woman’s life, examples of which you will search for in vain. In 1993, pro-lifers were hopeful that the addition of two avowed anti-Roe justices appointed to the court by President Ronald Reagan, would finally reverse the invented “right” to choose to kill babies in the womb in the case of Planned Parenthood v Casey. But Justice Anthony Kennedy (replaced defeated-nominee Robert Bork after he was slandered) betrayed the Constitution to join liberals in not only affirming Roe, but also to open the door to third trimester abortions due to alleged threats to a mother’s “health.” This expansion proved toxic as courts repeatedly allowed very late-term abortions based merely on the possibility that a  woman would suffer “mental distress” if “forced” to bring a child to term. Thankfully, the Republican congress passed and President George Bush signed a federal law (which President Clinton had vetoed) that returned the law to the Roe standard of viability and allowed states to ban third trimester abortions.; which was upheld by the Supreme Court led by Chief Justice John Roberts.

This past year saw the ultimate culmination of a culture of death in America with the conviction of “Dr.” Kermit Gosnell in May 2013, on three counts of the murder, 21 felony counts of illegal late-term abortion, and 211 counts of violating the 24-hour informed consent law. After his conviction in a Philadelphia court, Gosnell waived his right of appeal in exchange for an agreement not to seek the death penalty. He was sentenced instead to life in prison without the possibility of parole.

The Supreme Court this past week upheld a Texas law that would have denied Gosnell from legally operating an abortion “clinic” in the Lone Star state since he did not have the privilege to practice in a hospital. But that same court let stand a Ninth Circuit court ruling striking down an Arizona law that prohibited abortions beyond the 20th week of pregnancy due to “fetal pain.” So far, pro-abortionists haven’t challenged similar fetal pain laws in less liberal circuits since they know the nation’s highest court would accept an appeal on this issue should there be a split in federal Circuit Court decisions.

Neither Roe nor Casey addressed the issue of pain, only viability, the latter of which is estimated to be approximately 24 weeks. But if opponents of fetal pain bans used the same criteria outside as they do inside the womb, they would allow post-birth killings of babies unable to communicate pain. This would be consistent with President Barack Obama having fought against an Illinois law while a state senator there that would have required abortionists to provide life-saving measures for any baby who survived an attempted abortion.

Of course, that our society even has to have such a discussion is proof of our ultimate barbarity. Obviously, a human being’s life is taken if aborted at any time after conception. To argue otherwise is an insult to science, not just religious belief.

In landing on the Moon, China means business — literally
Next Post
Fifteen Libyans ‘supporting the investigation’ have been killed in Benghazi 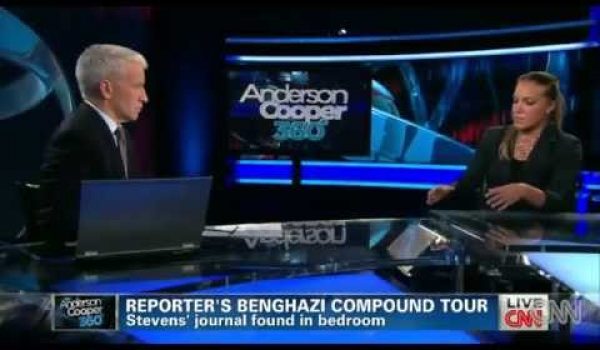