The Associated Press offers up what many will see as a little post-Christmas gloom in its report on a proposal in Chicago to tax bicyclists. Noting that the Windy City is home to a “growing web of bike lanes” and “the nation’s second largest shared network of grab-and-go bicycles,” AP author Jason Keyser asks rhetorically, “Who is paying for all this bicycle upkeep?” He answers his own question in the next paragraph:

A city councilwoman’s recent proposal to institute a $25 annual cycling tax set off a lively debate that eventually sputtered out after the city responded with a collective ‘Say what?’ A number of gruff voices spoke in favor, feeding off motorists’ antagonism toward what they deride as stop sign-running freeloaders. Bike-friendly bloggers retorted that maybe pedestrians ought to be charged a shoe tax to use the sidewalks.

As a resident of the nation’s first largest shared network of grab-and-go bicycles, I oppose such a tax only because it doesn’t go far enough. Here in New York, it’s not just motorists who have a beef with the city’s bike riders. It’s pedestrians, and their grievance is justified. They take their lives into our hands every time they venture across the street.

One unacquainted with the shenanigans of outgoing three-term mayor Michael Bloomberg might suggest that the solution is adding designated bike lanes. New York has been there and done that, at an estimated cost of $25 million. The lanes, installed in 2010, hug the curb on all the city’s avenues and many of its cross streets. But cyclists, at least the ones that use the lanes, have found a way to abuse them, by traveling in the wrong direction (the lanes are one-way), running traffic lights, and operating their vehicles at speeds that are sure to cause accidents — which they have done. A study by Hunter College found that 55% of emergency-room visits in New York State resulting from bikes colliding with pedestrians happened in the Big Apple. In 2010, the year the bike lanes were added, an estimated at 1,000 pedestrians were injured in collisions with bicycles.

New York never tried taxing its cyclists — in fact, Bloomie applauded them as part of an effort to “green” New York — but the city did try handing out traffic citations to reckless bike riders. Ticketable offenses included riding on the sidewalk, disobeying traffic signals and other rules of the road, and narrowly missing pedestrians crossing the street. The problem, which became apparent soon after the law was implemented, was that there was no way to enforce it. Of the 360 summonses handed out in July 2010, almost none of them were paid.

One obvious solution would be to register bicycles, a move that runs counter to my own belief that less government is the best government. Yet, not even the staunchest big-L libertarian opposes essential services such as police and firefighters. Until cyclists learn to act as law-abiding citizens, maybe they need to be treated like disobedient brats. 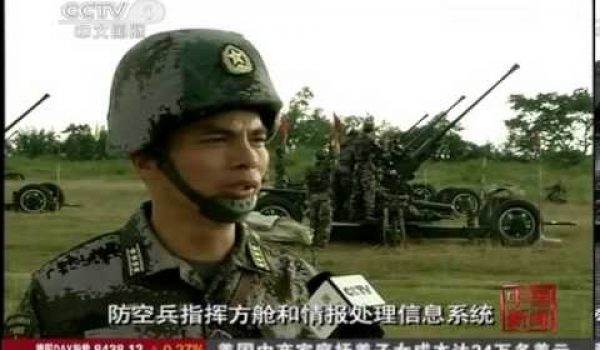 N. Korea’s Kim whacks uncle in grand style: Anti-aircraft machine guns
Next Post
Report: Tea Party is only racist on the inside