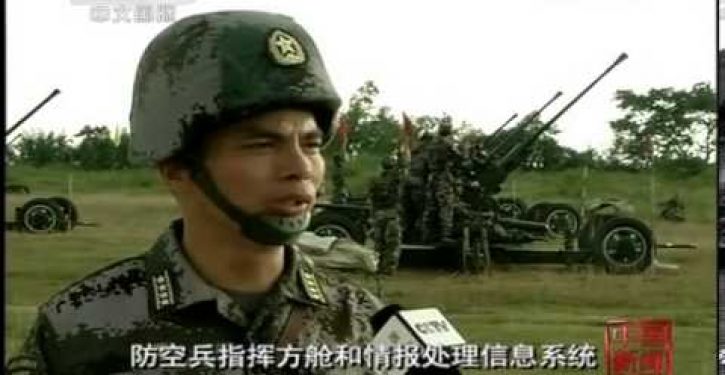 There’s an old Marine saying that “sometimes a sledgehammer is exactly the right tool for killing a fly.” It would appear the diminutive leader of the workers’ paradise known as North Korea picked up on that bit of American military wisdom, perhaps in reading about the conflict between his nation and our own some half century ago.

The New York Times reports that dictator for life Kim Jong-un is willing to use excessive force against anyone he perceives as a threat, including his own flesh and blood. A case in point is Kim’s gangland-style execution of his uncle Jang Song-thaek, whom he accused of treason, corruption, substance abuse, and a slew of other crimes that haven’t been verified by the West.

Following Jang’s death, a few of his loyalists still lurking about were deemed fair game and shot to death with machine guns.

No stranger to unique methods of executing those who may have displeased him, Kim Jong-un ordered the death of Kim Chol, Vice Minister of the Army, who was dispatched with a mortar round in October 2012. Kim Chol was reportedly executed for “drinking and carousing” during the official mourning period after the death of the current dictator’s father, Kim Jong-il.

On the explicit orders of Kim Jong-un to leave “no trace of him behind, down to his hair,” Kim Chol was forced to stand on a spot that had been zeroed in for a mortar round and “obliterated.”