Proponents of Obamacare rush to sing praises of the “Affordable” Care Act’s regulation allowing Americans under the age of 26 to remain on their parents’ health insurance plan. However, that is far from the only effect the behemoth law has upon young people currently embracing university life.

Young adults tend to see college as a transition point, an oasis between high school and graduation where they can exercise their independence without “cutting the cord” so to speak. Yet, even students roaming America’s college campuses are starting to feel the sting of Obamacare.

Many colleges, my alma mater included, offer a student health care plan to students without health insurance of their own. Actually, many provide a mandate of sorts, requiring students to purchase insurance through the school if they cannot provide proof that they either have their own insurance plan, or are still on their parents’ plan. I’m quite familiar with this system, as many a bureaucratic snafu resulted in a temporary charge being placed on my student account when the school did not receive my paperwork showing my proof of insurance.

Most universities tend only to offer bare-bones insurance plans, which cover trips to the school’s health clinic, and not much else. For almost all college students, this is enough, as most only have a fleeting encounter with the health centers. Under the Affordable Care Act, however, many of these plans are not deemed “good enough.” Like 5 million other Americans who have already had their health insurance canceled (so far) because of Obamacare’s hefty regulations, college students across the country are facing similar cancelations. At the very least, they’re experiencing sticker shock from higher premiums now associated with college health insurance plans.

Bowie University, a historically black college in Maryland, is canceling its student health care program, as it does not meet the standards set under the Affordable Care Act. The plan offered $5,000 worth of medical coverage for only $54 per semester, a fee cheaper than most university parking passes. Many Bowie University students without health insurance might have to brave the glitch-prone Healthcare.gov site to sign up for care. If there’s one thing millennials enjoy doing on a Saturday night, it’s waiting…and waiting…to sign up for insurance on an issue-fraught website.

For Bowie University students, the cheapest alternative to their canceled plan on the ACA site costs $900 a semester, more than I paid for parking, books, and school supplies combined in any given semester. Those items aren’t cheap. And I went to a private institution in the middle of a large city. Other colleges and universities around the country are facing similar cancelations and premium hikes. Union County Community College in New Jersey now must offer health insurance plans to students for over $1000 per student. For perspective, tuition for full-time, in-state students at UCCC is around $2000 per semester.

Many of these students facing increased health care premiums, in addition to those who already have insurance, are facing an even bigger problem: youth unemployment. Since the beginning of the recession, youth unemployment for those ages 16-24 has skyrocketed, peaking at 19.6% in April 2010. The rate has hovered around 16% for most of 2013, still around twice the nationwide unemployment rate. College students rely on part-time jobs to pay for various expenses, ranging from food, to gas, to car payments. I even had a friend who used the money she made at a part-time job to pay for many of her family’s expenses.

Furthermore, many college students use part-time, paid positions to pay their expenses while they intern in an industry relevant to their career goals. For example, I would not have been able to afford my living expenses while interning for Dana Loesch in St. Louis, had I not had an on-campus job to support myself. Many college students are in the same boat. Internships and volunteering opportunities are key to finding a job after college, opening up networking channels many college students otherwise would not be able to access. However, such learning opportunities are often unpaid, so students wishing to support themselves and pay for the time and travel necessary for many internships, must find another job. This effort has become much more difficult as of late, primarily due to issues resulting from the Affordable Care Act.

Not only are students facing a troubled economy, but they’re also facing the challenges Obamacare brings to the job market. Many part-time positions previously held by high school and college students are now held by college graduates looking for work while they face an uncertain job market (Over 36% of recent college graduates are working in a job that does not require a college degree.) Furthermore, many businesses offering part time employment, including those in the food and service industries which commonly employ the youth, are being forced to cut hours and are hesitant to hire new workers. More of their revenue will be devoted to either paying for employee health care, or to cover the penalty for not providing said health care, which will be difficult to afford for many small to medium sized businesses. Organizations with more than 50 full-time employees will soon be facing hiring freezes and will likely be forced to cut hours for many full-time employees. Many, therefore, are hesitant to hire temporary part-time workers (translation: college students). Because of the mandate, delayed until 2015, many businesses, including White Castle, Papa Johns, and Sea World will be forced to make drastic changes to their schedules and hiring. Demographics in such industries are beginning to change, as businesses commonly staffed by high school and college students are now starting to hire more out-of-work college graduates.

The Affordable Care Act tortures and already ragged economy, effects of which trickle down to many college students. Universities are designed to give students a step up before they enter the job market and the so-called “real world.” Instead, because of economic concerns exacerbated by the Affordable Care Act, college students are being tripped up, facing economic concerns not previously experienced by recent generations. College students should be worrying about where to buy pizza at 3 am, or how to stretch a 3-page paper into a 10-page essay, not about unemployment and insurance concerns, previously only reserved for those already out of school.

Originally Posted At The Young Federalist 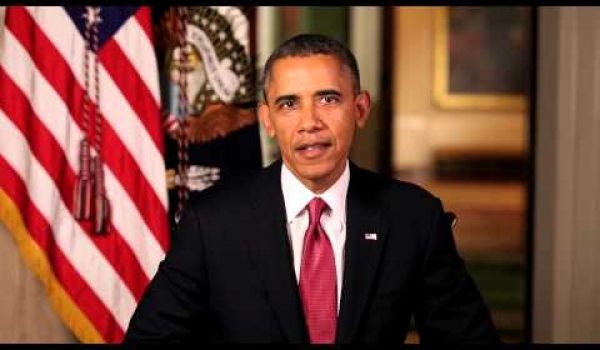