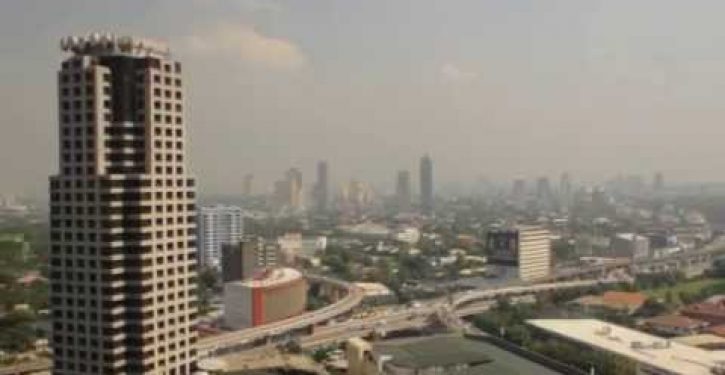 The Nov. 30 deadline is fast approaching, and in anticipation of missing its pledge that Healthcare.gov would be running flawlessly, the administration has arrived at a compromise. The Washington Post reports that a revised target in judging the success of the website is the capacity to sign up 80% of would-be enrollees. For the arithmetically impaired among you, the article, by Amy Goldstein and Juliet Eilperin, notes that “as many as one in five Americans who try to use the Web site to buy insurance will be unable to do so.”

A lowering of standards this momentous deserves a name that will make it into the history books. Hey, I know: How about calling it the Four-Fifths Compromise? That has a distinctive ring to it.

Apart from all other criticisms that will continue to be leveled at Team Obama for a “heckuva job,” the measure, Goldstein and Eilperin observe, “is the first concrete performance standard in the 31/2 years since the government began to design the health exchange.”

The internal 80 percent target is the basis of a promise that has become an administration mantra in recent weeks: HealthCare.gov will ‘work smoothly for the vast majority of users’ by the end of November.

The ‘vast majority’ phrase has been invoked repeatedly by Obama, Zients and other administration officials, with little explanation of what it means. In a news conference Thursday, while apologizing for the health-care law’s rollout problems, Obama said that the target was to ensure that by the end of the month that ‘the majority of people who use it will be able to see it operate the way it was supposed to.

Vast majority? What happened to the promise that “we won’t rest until every American who needs affordable, high-quality coverage can get it — using whatever method works best for them [sic].” The source of that claim is none other than Healthcare.gov.

The big question now is whether the administration will reach its more modest proposal. Color the Post skeptical. Goldstein and Eilperin note that, as of last week, Healthcare.gov was still crashing when more than 20,000 to 30,000 people tried to use it at the same time. They add that those numbers represent half the intended capacity.

Perhaps what Healthcare.gov needs most at this point is an anthem. My proposal is this: