Five takeaways from the Democrats’ big wins Tuesday in Virginia:

—Obamacare isn’t that unpopular in the Old Dominion after all.
—A deep-pocketed Democrat cleverly used the Libertarian Party to fracture the GOP base.
—The gender gap is growing, in favor of Democrats.
—Money counts … again.
—Northern Virginia rules.

Democrat Terry McAuliffe broke a streak of nine straight elections in which the party occupying the White House lost the Virginia governor’s race.

In the final days, Republican Ken Cuccinelli framed the rough-and-tumble contest as a referendum on President Obama’s Affordable Care Act. Now that one of Obamacare’s leading opponents has been shoved to the sidelines, can Medicaid expansion be far behind for Virginia?

Also late in the campaign, news reports trickled out that a Democratic Party money bundler funded Libertarian Robert Sarvis’ way onto the ballot. Joe Liemandt’s ploy — whether orchestrated by the Democrats or not — provides a blueprint for the party to triangulate a way to victory without having to win 50 percent of the vote.

The so-called “war on women” thrashed the Grand Old Party. Though married women tended to vote GOP with their Republican husbands, unmarried females overwhelmingly voted for McAuliffe. It’s a mathematical impossibility to win while suffering a double-digit deficit among half the electorate.

McAuliffe’s $15 million edge in fundraising — with copious payback from Bill and Hillary Clinton — helped the Democrat demolish Cuccinelli on TV and power through a swarm of scandals over his business dealings ranging from GreenTech Automotive to ghoulish “death-put” investments on dying patients.

With additional votes from Hampton Roads, Democrats are repainting this once-red state blue.

But the Senate figures to remain evenly split and Democrats now dominate the statewide offices, including both U.S. Senate seats.

Facing such adversity, second-guessing and recriminations are in the Virginia GOP’s future.

Before Tuesday’s election, political scientist Quentin Kidd predicted, “I think the Republican Party erupts into a civil war 30 minutes after the polls close.”

The Christopher Newport University professor told NBC: “The (Bill) Bolling wing of the party would feel emboldened enough to say ‘We told you so, you idiots.’”

The lieutenant governor — a Chris Christie-type moderate (without the Jersey-style flamboyance) who dropped his gubernatorial bid when the state party apparatus opted for a closed nominating convention — said in a statement:

“As a Republican, I am deeply disappointed that our party has lost control of our state’s top two elected offices. There are clear lessons in these losses for the Republican Party.

“Going forward, we need to have an open and honest conversation about the future of our party and determine what we must do to reconnect with a more diverse voter base whose support is critical to political success in Virginia,” Bolling said.

Hard-line conservatives and tea partyers are in no mood for a scolding.

“Had Bill Bolling been nominated, Libertarians would have played a more prominent role in this race,” Fauquier County activist Mark Fitzgibbons told Watchdog.

“This is a problem that began back with John McCain,” she said.

Roger Stone, a veteran political consultant, said the splintered GOP will see a lot more of the Libertarians — like them or not.

In the old days, those who were in the party merely held the nose and voted for the party nominee because they had nowhere else to go. Now Libertarian candidates offer these voters an alternative. 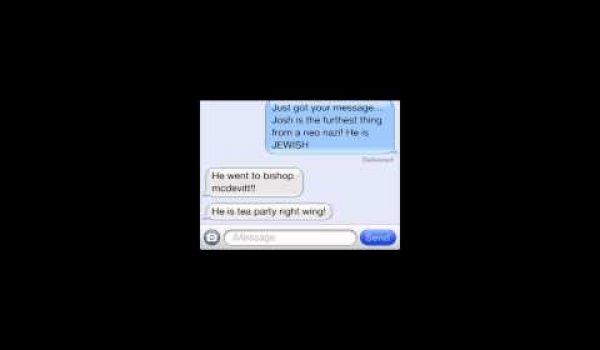 Teacher apologizes for calling concerned dad a ‘neo-Nazi’
Next Post
Racial justice at the Justice Department? Not on Holder’s watch