By now, most political junkies are aware of the ridiculous question MSNBC’s Thomas Roberts posed to Rep. Marsha Blackburn (R-TN) during the government shutdown: “Do you hate Obamacare more than you love your country?”

In retrospect, though, maybe this was just a bit of liberal transference. Perhaps the question should be: Does the White House loathe Republicans more than they love the Affordable Care Act?

Watching the failing roll-out of the ACA, one has to wonder: Why on earth didn’t the president and his fellow Democrats give in to Republicans and delay the launch of the law? It would have been in a win-win for the Dems. They could have used the time to correct the ACA’s many computer problems while simultaneously blaming Republicans for the delay in providing health care for the workingwoman/man/breast cancer single mom/student/laid-off steelworker/diabetic, pregnant Obama fan.

Why didn’t they take this opportunity? Especially if news reports are true that they knew of the fiasco awaiting them. Maybe a hint is found in today’s White House Press Briefing.  At one point, a reporter asked Press Secretary Jay Carney if the president would support a bill supposedly being introduced by Sen. Marco Rubio (R-FL) delaying the ACA penalty if the website has not been up and running smoothly for six months.

Uh, maybe because it makes sense? Which brings me back to my original questions–why didn’t the White House accept the gift of time from Republicans by agreeing to a delay, thus avoiding a government shutdown and, as I mentioned, being able to use the delay to bludgeon their adversaries with demagoguery about not caring enough about sick people who are uninsured, etc.?

Carney’s rationale — which can be summarized as ” distrust Republicans, first; weigh good ideas, second”– also seemed to pervade the White House as they built the system. Politico reports that the administration even had a “bunker mentality” that kept them from using outside experts, all because of GOP opposition to the ACA:

“…the administration was in a bunker mentality as it built the enrollment system, one former administration official said. Officials feared that if they called on outsiders to help with the technical details of how to run a commerce website, those companies could be subpoenaed by Hill Republicans, the former aide said. So the task fell to trusted campaign tech experts.”

The president and his staff seem to have some form of Republican Derangement Syndrome. They can’t seem to get past their fear and loathing of their ideological adversaries enough to actually make good judgment calls.

It would be funny if it weren’t so frightening. 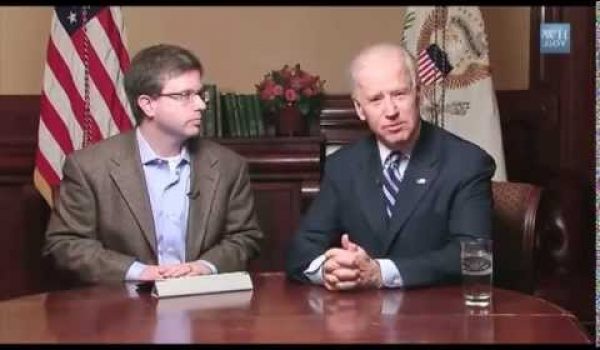