Despite Harry Reid’s professed certainty that Obamacare “is working” and that in time “people will love it more than they do now,” the future of the law and its implementation remain a question mark. As James Taranto memorably put it:

[W]hether ObamaCare ‘works’ will be determined not by how many people are signing up but what kind of people.

ObamaCare relies on price controls that jack up premiums on the young and healthy in order to keep them low on the old and sickly. If the latter but not the former are signing up in huge numbers — that is, if people are responding rationally to incentives  — then the scheme is unsustainable.

This harsh reality suggests that Reid and his ilk are whistling past the graveyard. But that doesn’t mean they aren’t putting up a positive front. Take 30-year-old Brendan Mahoney, a University of Connecticut law student, whose story the Hartford Courant shares as an affirmation of the law’s eventual success among Millennials. Mahoney, who already had low-cost insurance through a plan at school, decided to sign up for Obamacare. After an initial false start, he managed to log on to the system and enroll. So how many elderly and/or infirm Americans will his premium help offset? The Courant answers that question:

[B]y filling out the application online, Mahoney discovered he was eligible for Medicaid. So, beginning next year, he won’t pay any premium at all.

Across the country, in Denver, promoters and health insurers are not just presenting a positive front but a positive rear. The Denver Post explains:

The signs include the hashtag #GetCovered, which is meant as a double entendre. Just to make sure the message takes, Colorado HealthOP is hedging its bets by tweeting:

As nearly naked people remind everyone to #GetCoveredCO, we remind you to call 855-796-7676 today or visit http://www.cohealthop.org.

Some will say the approach, which was common outside strip clubs in New York City’s Times Square before Mayor Rudolph Giuliani gentrified the area, smacks of desperation. It may yet work as long as the weather remains fair — and provided the sign carriers avoid getting arrested on obscenity charges. 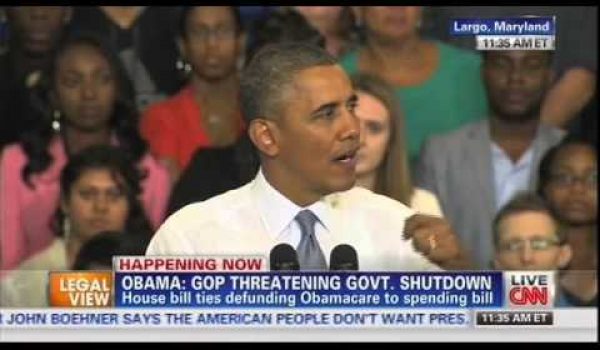