More than four years ago, Attorney General Eric Holder suggested we are a “nation of cowards” when it comes to discussing racial issues.

He wanted the country to engage in a national conversation about thorny racial issues, such as affirmative action and communities that are “voluntarily socially segregated.”

The attorney general criticized past public debates on the issue as “too often simplistic and left to those on the extremes who are not hesitant to use these issues to advance nothing more than their own narrow self-interest.”

Hear, hear, Mr. Attorney General! I couldn’t agree more with the statement above. In the wake of the George Zimmerman acquittal (in which Hispanic George Zimmerman was found not guilty, due to self-defense, in the shooting death of black Trayvon Martin), it seems to me that there are many “simplistic” and “extreme” discussions about race going on, led by some with “their own narrow self-interest.”

Yes, I’m talking about Rev. Al Sharpton. Mr. Sharpton is now promising to mobilize protests against the verdict in 100 cities.

Talk about self-interest: Perhaps he’s hoping appearances in so many cities will boost the ratings of his little-watched MSNBC show.

Some have referred to Sharpton as a race merchant. It’s apt. He traffics in racial resentment.  The Legal Insurrection blog has a good rundown of Sharpton’s shameful history.

This is not to say that Sharpton hasn’t stood on the side of the righteous at times. But the alacrity with which he rushes to cry “racism” hardly puts him in the category of person who is making the kinds of “nuanced” arguments the attorney general encourages us all to engage in.

The New Republic’s John McWhorter thinks that the era of racial demagoguery is over, that Al Sharpton and Jesse Jackson simply don’t have the influence they used to have. Sure, he admits they and other such speakers have an audience, but, “Like all people, black Americans can thrill to rhetoric without embracing all its implications.”

That’s a hopeful and thoughtful point. So is his larger one, that no demagogues have risen to take the place of pessimists such as Sharpton and Jackson, that instead we have an array of black intellectuals talking and writing about racial issues.

The times have changed. If the more pessimistic strains in black America can be slow to fully acknowledge progress, we can take heart from the fact that Al Sharpton will be 60 next year, and a young version of his young self is now inconceivable as a national figure.

An optimist at heart, I enjoyed Mr. McWhorter’s essay. But he’s wrong to say that Sharpton’s age implies he’s losing steam. As long as someone hands him a mic and a stage, he’s in business, and he makes the most of his opportunities.

Mr. Sharpton was instrumental in stoking the fires of outrage against George Zimmerman. Although investigators saw nothing but self-defense in Zimmerman’s actions, a special prosecutor was appointed who brought murder charges against him. Now that the case is over, we learn from at least one juror that the racism charge didn’t enter into deliberations at all–they didn’t view Zimmerman as racially motivated. (And, if you watched the trial, you noticed that the prosecution didn’t introduce racial animus evidence, even though they were keen on throwing everything but the kitchen sink at the defendant. If they’d had it, they would have used it.)

If Sharpton’s brand of demagoguery is fading, someone needs to tell the folks at MSNBC who feature him as a marquee host in a key programming slot and often use him, one assumes, for black perspective on election night panels. But maybe they are practicing their own brand of racism by defaulting to an Al Sharpton, whose bombast and drama sometimes seem more like caricature than character. 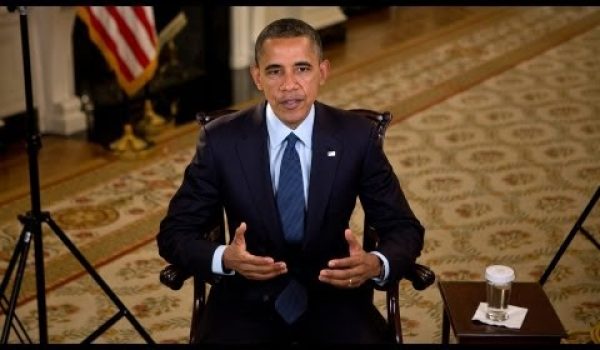