I’ve been watching this one from the sidelines for the last couple of weeks, hoping the leadership at Christian Century would take it seriously when the organization CAMERA notified the venerable Christian publisher than one of its editors, James M. Wall, blogs at a site where anti-Semitism is rampant.

Veterans News Now, which purports to have the interests of American military veterans at heart, is a hotbed of conspiracy theories, 9/11 Truther-ism, and anti-Semitism.  CAMERA highlights one particularly ugly post by someone named Mike Stathis, “Zionist Washington Ensuring End of America,” from June 2011.  See the link for CAMERA’s samples from the post; it is stuffed from beginning to end with the full complement of memes and themes in anti-Semitic demagoguery.  The passage I quote here might have been lifted directly from Nazi propaganda ca. 1935:

Zionist Jews have effectively caused the societal and economic collapse of the U.S. This is a process that has been under way for several decades. Throughout this long period of deceit and subversion, they have created covers, distractions and deflections. They have transformed politicians into puppets. They have enslaved consumers using their banks. They have defrauded the entire population using their control over Wall Street. They have used their control over media, politicians and policy makers in order to shield any criticism of their crimes and their powerful crime syndicate.

There are over 8,000 words in this vein.  With anti-Semitism like this, the reductio ad Hitlerum is inevitable, prudent, and just.

I don’t provide a link to the above post – web-clicks hygiene is more important – but search on the title and it comes up immediately.  (The top link in your search results may be to Veterans News Now’s sister site, Veterans Today, which is even more openly and virulently anti-Semitic.  It’s the same piece, though.  Several of the writers in the “Veterans” stable post their material at both sites.)

Other posts on similar topics at Veterans News Now include:

“[David] Cameron’s ‘Torah’ Party Rules!” (Subtitle: The unbearable shame; Section heading: “So many Jews that the Tory Party should be known as the ‘Torah’ Party”) by Stuart Littlewood

“The Most Famous American Journalist Exposes the Zionist Conspiracy” by David Duke (yes, that David Duke)

“Will the Church of Scotland Cave in to Zionist Bullies?” by Stuart Littlewood

“How Zionists Manage to Get Away with Their Myths and Lies?” by Gilad Atzmon (yes, that Gilad Atzmon)

In this last post, from October 2012, Mr. Wall takes the New York Times to task for reporting that Jewish groups were upset, just prior to an interfaith conference, when 15 Christian leaders sent a letter to Congress demanding that Israel be “held accountable” to the standards of U.S. policy.  In Wall’s characterization, NYT was “flacking” for the Jewish groups, a point he drove home by featuring the name of the reporter (Laurie Goodstein) several times, and including her photo with the post, the better to illustrate her Jewishness, apparently.

The whole post is intemperate, accusing Goodstein of a “not-so-subtle attack” on the Christians because of this passage from her article:

A letter signed by 15 leaders of Christian churches that calls for Congress to reconsider giving aid to Israel because of accusations of human rights violations has outraged Jewish leaders and threatened to derail longstanding efforts to build interfaith relations.

The Christian leaders say their intention was to put the Palestinian plight and the stalled peace negotiations back in the spotlight at a time when all of the attention to Middle East policy seems to be focused on Syria, the Arab Spring and the Iranian nuclear threat.

(I actually think only a minority of NYT readers would interpret this passage as even mildly critical of the Christians, but that’s an argument for another time.)

Wall berates the reporter for not sufficiently clarifying that some of the Jewish groups involved are secular – non-religious – groups, but then he goes further to accuse organizations like the Jewish Council for Public Affairs of “infiltrat[ing] religious denominational meetings to intimidate voters and water down resolutions.” This comes off as tinfoil-hat boilerplate, perfectly at home with the tone of the Veterans News Now site.

As a Christian, one hopes for a different tone from Wall when he addresses points like this one:

The Times says the [Christians’] letter is intended to “put the Palestinian plight and the stalled peace negotiations back in the spotlight”.   That is balderdash, as Joe Biden likes to say.

The 15 leaders make no reference to a “motive” for writing the latter. They do not have to. The New Testament is their motive.

There is another way to put this – one that doesn’t sound like “New Testament” is something to whack Zionist-flack news correspondents in the chops with.

Why, after all, would any news reporter, regardless of her ethnic or religious background, be expected to couch the point in Wall’s terms?  Christians can speak in such shorthand to each other – “The New Testament is our motive” – but a New York Times correspondent isn’t writing for an in-house Christian forum.  It isn’t entirely clear from the original Goodstein piece, but she does quote from interviews given by three of the Christian leaders after the letter was sent.  In suggesting their motives for the letter, she may well have been drawing from comments the Christian leaders actually made.

I guess the opening salvo of Wall’s post should have been warning enough (bold face in original):

You have to know American Jewish “leaders” are really riled up when they call on the New York Times to flack for them against 15 leaders of Christian churches who had the audacity to send a letter to the US Congress, which said, with proper Christian indignation…

Is this the face of Christianity, as Christian Century would like to see it displayed?  For my part, I repudiate it without hesitation.  It’s not even that Mr. Wall’s oeuvre at VNN is out of place there; it’s that it’s not.  Whatever he may have been in the past, Wall must now be considered a mismatch with any journal that aspires to serious leadership in Christian thought.  I don’t know if he may come someday to repudiate what goes on at Veterans News Now, but I do urge Christian Century to repudiate it, and to remove James Wall’s name from the masthead. 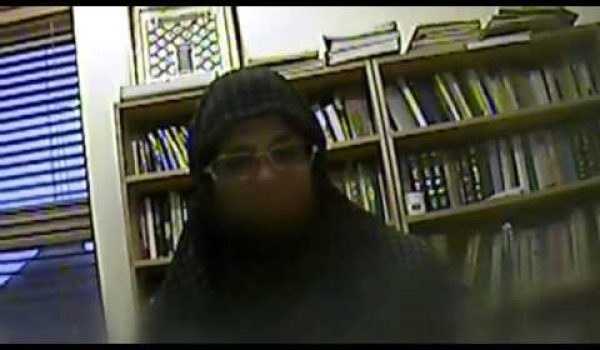