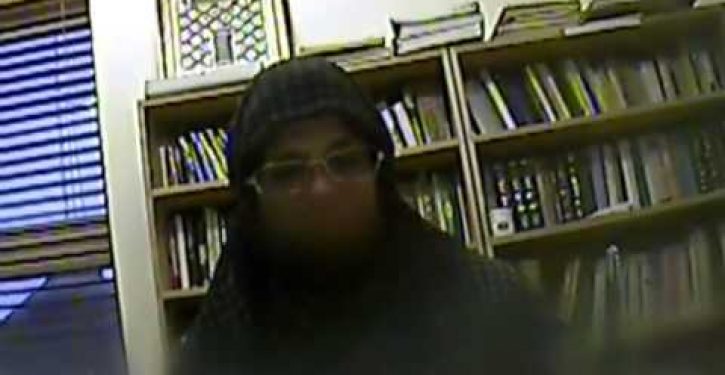 In the United Kingdom, an estimated 85 courts mediate disputes among Muslims based on traditional Islamic law, or sharia. Many of the cases arise from marital disputes, including requests for divorce in cases involving domestic abuse. The BBC recently made an undercover video of one of these courts in operation. The video shows a judge suggesting to a woman that her husband’s violence is her fault and urging her not to go to the police, except as a last resort.

There are many disturbing aspects to this story. First is that the British government, with the exception of a few brave souls like Baroness Cox, appears unconcerned that multiple legal systems now operate in the United Kingdom and that, as a consequence, many of its citizens are deprived of their rights. (If you want to know more, read Sharia Law or ‘One Law for All’? by Denis MacEoin.)

Second, many young Muslim women in Britain agree to enter so-called sharia marriages while foregoing a civil marriage. That has several consequences: first, under sharia, the wife has far fewer rights than she would under British law; second, she can only obtain a divorce from a sharia court, since under British law she is not married. Not only do sharia financial and custody provisions favor the husband in case of divorce, but while they are married he can take additional wives as well.

So how do so many young women have so little idea of their rights and how to protect those rights? It is this ignorance that feeds the system, along with tremendous pressure from their families and communities to play by the sharia rules rather than reveal their problems to outsiders. The women in the video speak with British accents; they are not recent immigrants who are vulnerable because they do not speak English.

Moreover, the young women interviewed in the video all said that while the courts they dealt with were unfair, there was nothing wrong with sharia. In other words they have no idea that, under traditional sharia, women have far fewer rights than men.

Pressure is already building for sharia courts in the United States. We should take a lesson from the British example and never let them operate here.