He is once again between a Barack and a hard place. After foolishly insinuating himself into the story when it first broke in April 2012, by declaring “If I had a son, he’s look like Trayvon,” the president is now up to his eyeballs in black grievance.

The Daily Caller quotes a tweet posted by the official account of the National Association for the Advancement of Colored People (NAACP) on Saturday after the verdict in the George Zimmerman case:

BREAKING: Zimmerman acquitted on all charges. We will update you as we work to pursue civil rights charges against Zimmerman through the DOJ.

The DC notes that the antiquated and largely irrelevant civil rights organization also tweeted out a petition urging the Justice Department to “open a civil rights case against George Zimmerman.” Here is the petition:

The most fundamental of civil rights — the right to life — was violated the night George Zimmerman stalked and then took the life of Trayvon Martin. We ask that the Department of Justice file civil rights charges against Mr. Zimmerman for this egregious violation.

Please address the travesties of the tragic death of Trayvon Martin by acting today.

The head of the NAACP, Benjamin Todd Jealous, and Holder, the article points out, are partners in a mutual admiration society. Jealous wrote an op-ed for The Hill on June 17, “Holder is among the finest attorneys general to ever serve this nation.” The NAACP president goes on to wonder aloud why Holder has so many detractors, which reveals more about Jealous than it does about Holder’s many enemies.

At a time when Obama’s stock is plummeting (a recent Quinnipiac University poll showed his job approval rating at just 44%), it will be interesting to see whether he wants to wade into another controversy that threatens to drive the warring factions in the nation even further apart. 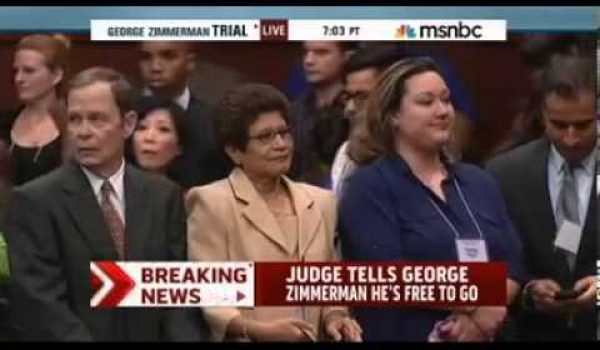 Justice for George Zimmerman and the court of public opinion
Next Post
Bloomie's two cents on the Zimmerman verdict: End ‘shoot first’ laws