Memorials and tributes to slain British soldier Lee Rigby are popping up on two different continents, as is the purposeful showing by Islamic Jihadists of their own victims bloodied hands, as reported separately by the Manchester Evening News  and Front Page magazine.

In Rigby’s homeland, Britain, the front yard of his childhood home in Langley outside of Manchester area has been turned into a sea of flowers, Union Jack flags, and written cards of condolence. In a particularly poignant evening service conducted by the Rev. Philip Miller, pastor of All Saints and Martyrs Anglican Church in Langley, Reverend Miller referred to Rigby as a “fine, brave, Langley lad.”

The  cleric went on to describe the fallen soldier as:

Someone anxious and keen to serve Queen and country, a man devoted to his profession as a brave soldier and yet who was not afraid to tell his mum how much he loved her.

The Manchester newspaper cited a number of other tributes in the local area, including a military march in which local vets who served in combat while deployed to Afghanistan, Borneo, Korea, Cyprus, and Northern Ireland all paid homage to their fallen comrade-in-arms (click here to view slideshow).

On this side of the Atlantic, the New York Yankees honored the victim of self-professed Islamic Jihadists.

While the English professional soccer teams from Manchester City and Chelsea played an exhibition game in the Big Apple’s Yankee Stadium, a packed house of 40,000 normally rowdy soccer fans paid their respects by observing a minute of silence.

All the while, the stadium’s big screen displayed a photo of the slain soldier in his dress uniform with the super-imposed words “Remembering Lee Rigby 1987-2013.”

Front Page magazine has noted that the infamous video of Squaddie Rigby’s killer making a point of waving his blood-drenched hands about isn’t the first time a jihadist has proudly advertised his terrorist inclinations to the press.

On Oct. 12, 2000, two Israeli Army reservists lost their way in the Palestinian Authority controlled city of Ramallah, and ended up in a PA holding facility while officials worked out the details of their release. In the meantime, a vigilante mob armed with knives and hatchets stormed the building and subsequently seized the two soldiers, butchering them with the edged weapons. Much to the delight of the mob, 20-year-old Aziz Salaha (pictured in the slideshow), emerged from a window and raised his blood-stained hands as proof and obvious pride in his part in the killing of two unarmed soldiers.

During the assault, killing, and eventual further mutilation of the soldiers corpses, the terrorists loudly chanted  Allahu Akbar (God is great).  Just like the killers of Drummer Rigby. 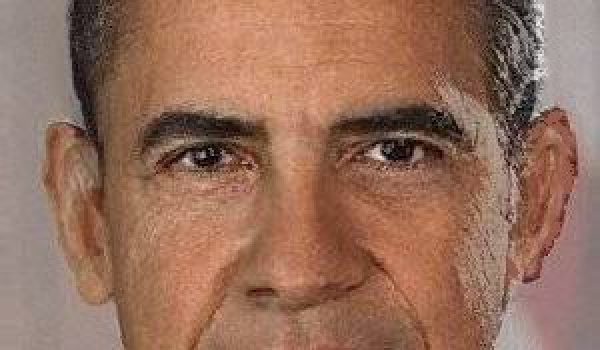 Is it time for the media to group the scandals together and call them ‘Obamagate?’
Next Post
Lois Lerner to GOP candidate: We'll drop charges if you promise never to run again