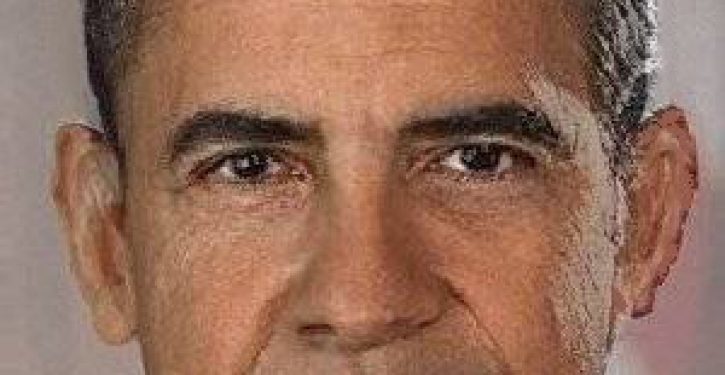 At this moment, no daily news cycle is complete without one hearing or reading the word “Watergate” in connection with the four Obama Administration scandals currently swirling around in various stages of unraveling.

For example, look no further than PJM yesterday with a piece by Ed Driscoll titled Obama and the IRS: Worse Than Watergate. That title perfectly illustrates the Watergate reference framework across all media platforms, regardless of ideological tilt.

“The tapping of a Fox reporter’s personal emails resembles Watergate.”

Now it is blatantly obvious that the word “Watergate” in connection with Obama’s troubles has become thoroughly overused, and overuse leads to a loss of impact.

Therefore, I suggest a new term that all media can easily adopt and embrace. This new term is very Watergate-esque in that it consolidates Obama’s four scandals together under one heading — the same way Watergate consolidated all of Nixon’s scandals and cover-ups.

The new term is “Obamagate.”

How perfectly it blends the old Nixon with the new Obama and just rolls off the tongue.

Using Obamagate as the umbrella term for the scandals involving the IRS, Benghazi, Fox News, and AP should be applauded by journalists. For starting now, while reporting on the more than 50 shades of colorful scandal details, journalists will have only to write or say “Obamagate” instead of repeating such cumbersome phases as the “changing Benghazi talking points” or “IRS targeting of 501(c)(4) conservative groups.”

It’s the journalistic equivalent of the KISS principle (Keep It Simple Stupid) in action.

Furthermore, there is a reason why lumping together four Obama scandals and calling them Obamagate could have a profound influence on journalists who are looking for answers to hundreds of scandal questions.

Giving the scandals one big name magnifies its potential for journalistic fame and fortune as in, “Follow the money” to a career that could be made through Obamagate revelations. It’s a modern twist on this famous advice provided by “Deep Throat” during Watergate.

At this moment, and forever inspired by Woodward and Bernstein of Watergate fame, young wannabes are searching for direct and or indirect links to the White House and Obama’s version of “CREEP.” (CREEP, for Watergate newbie readers, was the name of Nixon’s 1972 Committee to Re-Elect the President.)

CREEP.  I always loved the irony of that name. As someone who came of age during Watergate, I was fascinated with the growing scandal that dominated the headlines. It was that keen interest in Watergate that led me to save my TIME magazines. Here is a photo of five of them.

My fondest Watergate memory took place during 1973. That summer, after graduating from Needham High School (a Boston suburb), I worked as a waitress in Cape Cod, MA before starting college in the fall.

On my daily bike ride to work, I passed a small hotel with a TV in the lobby. There, I watched as John Dean testified before the Senate Watergate Committee when he said, “I began by telling the president that there was a cancer growing on the presidency and that if the cancer was not removed the president himself would be killed by it.”

Today, it is through the prism of John Dean’s now-iconic quote that I view Obamagate. For the few facts we know and don’t know about the four scandals could very well be a cover-up in progress.

And now, just like back in Watergate time, we have a president who is losing control of his administration. Even the lap-dog press is starting to turn on him and most important, the American people’s faith and trust in Barack Obama is on the wane.

Obamagate is becoming a cancer. And if it is not removed, the consequences will be serious for the president, for us, and our future as a great nation.

Previous Post
Chris Hayes proves scandals are Nixonian
Next Post
As tributes to fallen Squaddie spread, so do the bloody hands of Islamic Jihad