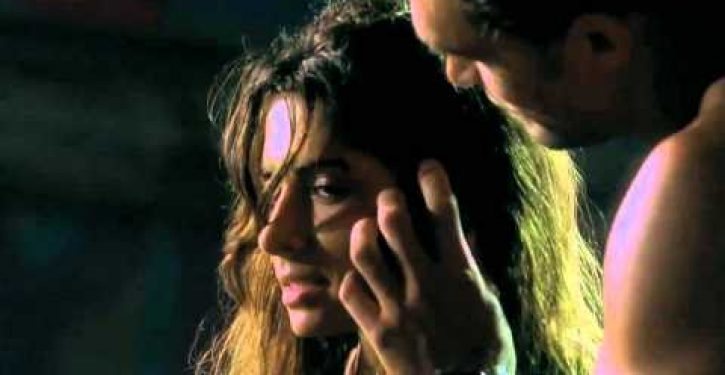 It is a lucky thing for actor and filmmaker Sylvester Stallone that the First Amendment protects the right to free speech. It is unlucky for him that there is no amendment that protects citizens from sounding hypocritical or moronic.

The Associated Press reports (h/t The Washington Times) that the actor who created the film role of John Rambo — an assault weapon-yielding ex-Special Forces op turned killing machine — has come out in in favor of more stringent gun control laws.

But it gets better. Despite his advanced years, Stallone’s latest screen venture is an oeuvre with the unfortunate title “Bullet to the Head” (trailer follows). This is clearly a case of “do as I say, not as I portray.”

OK, let’s give Rocky a break here. Maybe he’s just taken too many jabs to the head. Besides, it’s mainly assault weapons that the actor wants to rein in. And he can’t understand why anyone would be opposed to taking that first step down the slippery slope to repeal of the Second Amendment:

I know people get [upset] and go, ‘They’re going to take away the assault weapon.’ Who … needs an assault weapon? Like really, unless you’re carrying out an assault. … You can’t hunt with it. … Who’s going to attack your house, a [expletive] army?

For those who took pleasure in imagining those words uttered in Stallone’s inimitable sleepy-thug timbre, he is also quoted sharing his views on the importance of better “mental health screening”:

It’s unbelievably horrible, what’s happened. I think the biggest problem, seriously, is not so much guns. It’s that every one of these people that have done these things in the past 30 years are [sic] friggin’ crazy. Really crazy! And that’s where we’ve dropped the ball: mental health. That to me is our biggest problem in the future, is insanity coupled with isolation.

So is there a correlation between glamorizing the use of guns in film and gun violence? None has been conclusively established. Is it possible that the perpetrator of even one known act of violence was inspired by Stallone and his fellow shoot-‘em-up movie stars? Does Rambo do his business in the woods?