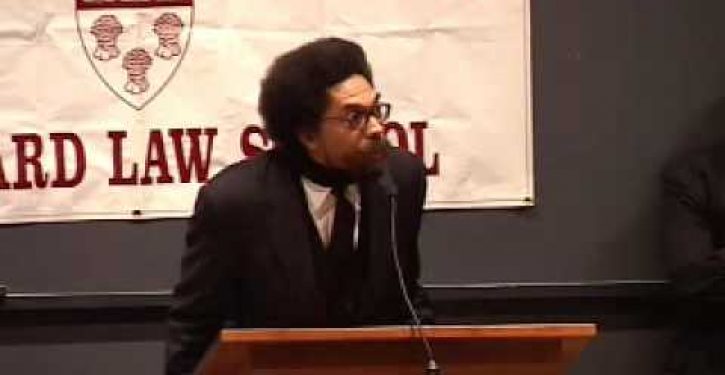 My view of “diversity” has always been one which respects other cultures while valuing the heterogeneous nature of our mixed society. I enjoy hearing alternative perspectives and learning about new cultures. My high school, an international boarding school, held an “International Day” every year where I was able to sample foods from foreign cultures, see ethnic dance routines, and learn about the cultures of my fellow students. I loved it and I enjoy any sort of program or organization which promotes peaceful dialogue between diverse groups.

However, over my past four years at St. Louis University, I’ve come to believe that SLU has a different perspective on diversity than I do. They certainly do a lot to promote “diversity,” but oftentimes this “diversity,” is merely a race-focused perspective with a severe (liberal) ideological bent. For example, a couple years ago, SLU invited Professor Cornel West to speak during Black History Month. West famously remarked that 9/11 “N*****ized” America and gave them a glimpse of what it means to be a black American. Never mind the 3,000 people killed during the horrific terrorist attack. During the election, West said that President Obama was “A Republican in Blackface,” because he wasn’t doing enough to help the impoverished. His implication was that Republicans stand on a platform which intentionally neglects the poor. That screams diversity, doesn’t it?

This year, SLU has outdone itself. On February 7th, writer and TV personality Toure will be the keynote speaker for the 2012 Black History Month program. His speech, entitled “How Racism Functions Today and Ways to Deal with it to Get Success,” is set to address racism in society and ways to overcome it. However, Toure’s methods are neither conventional nor based upon an “inclusive,” worldview. For example:

During the election, Toure described the Romney campaign of using racially-charged tactics designed to “n*****ize” (I don’t understand the obsession with that slur) Barack Obama. As someone who worked on the Romney campaign, I can tell you that this statement is neither true nor indicative of the conservative philosophy. Toure also described the GOP as an “all white party” which doesn’t care about women, gays, blacks, Hispanics, and other minorities. I guess that means Allen West, Mia Love, Nikki Haley, and Tim Scott don’t exist. That’s news to me. Furthermore, Toure recently got into a twitter debate with a friend of mine, Bethany Bowra, in which he continually threw baseless attacks of racism at Bethany and the GOP and labeled black conservatives as “tokens,” rather than true party members. Sounds like someone able to take opposing opinion to me!

This past week, Toure, who is staunchly pro-choice, mentioned on MSNBC that “abortion was there to save me.” A former girlfriend, with whom he did not want to have a future, ended up having an abortion, “saving” him from the responsibility of fatherhood. Yay for using abortion as the easy way out! The fact that SLU is still planning to host Toure after this statement is still confusing to me. SLU is a Roman Catholic institution with a long history of pro-life views. Our former basketball coach (may he rest in peace), Rick Majerus, often got into hot water for his pro-choice views. So, we criticize our award winning basketball coach because of his views but then turn around and invite someone with even more radical pro-choice positions? Sounds a bit hypocritical if you ask me.

In the words of our Commander in Chief, let me be clear. If the school wants to host a speaker with radically different views than mine, that’s ok. I’m a staunch supporter of free speech on campus. I couldn’t care less if the College Democrats invited a speaker who spent an hour attacking conservatives. However, I do have an issue with the school inviting Toure, and here’s why. Toure is the keynote speaker for Black History Month, a celebration designed to honor the achievements of black Americans and the overall diversity of our nation. President Lawrence Biondi even labeled diversity as “one of our greatest strengths” when speaking of this month’s commemoration. However, how can a speaker who sees the world through a racial lens and perpetually attacks his opponents with racially charged language be promoted as a pillar of “tolerance” and “diversity?” I guess diversity only counts if you’re not a Republican, conservative, or pro-life.

Martin Luther King Jr. famously spoke of “judging people by content of character instead of color of skin.” I assumed that SLU agreed with this standard. However, over the last four years, I’ve come to doubt that. Speakers like Cornel West and Toure make a living off of making racially divisive comments. For Toure, race is a prime indicator of the Republican Party’s character. Is this the message SLU wants to send? Should we really be honoring someone who is so divisive? By inviting Toure to speak at one of the campus’s largest yearly celebrations, the school seems to be subtly suggesting that he is an authority on how we should relate to diversity and racial issues. As someone who has been indirectly called a racist by our upcoming keynote speaker, I can’t say I like the idea that he’s now such an authority.

Like a president who continually attacks the rich for not paying their “fair share,” while spending much of his time on lavish vacations, my school has an issue with hypocrisy. SLU continually preaches about the values of diversity while also promoting people and ideas which demagogue and attack people of certain ideologies. The groups that “diversity” encompasses are narrow, and I’ve always been outside of that circle. But, hey, diversity! Or something…