In his second Inaugural Address, President Barack Obama pledged shared allegiance to preserving the Declaration’s unalienable rights that bind us together as exceptional Americans. Too bad he doesn’t share the Founders’ understanding of liberty nor the Constitution’s insistence upon the separation of limited government powers necessary to preserve it.

The Commander-in-Chief that even Algeria’s  counterpart doesn’t bother to call when authorizing military actions that deem American hostages expendable, likened the oath he swore to the Constitution at noon today on the west steps of the Capitol, to those sworn to by soldiers, sailors, airmen and marines in the U.S. armed force that defend us with their lives.

Too bad the President doesn’t deem his Oath to require his office to defend them in Benghazi or even allow them to defend each other; but he does admit today that:

Being true to our founding documents does not require us to agree on every contour of life; it does not mean we will all define liberty in exactly the same way, or follow the same precise path to happiness.  Progress does not compel us to settle centuries-long debates about the role of government for all time – but it does require us to act in our time.

One would think that a Chief Executive would deem himself required to act in time to deploy our armed forces against al Qaeda in the Maghreb to save American hostages or consulates under siege, but modern-day liberal Democrats like Obama deem both founding documents to be “living”, not just the Constitution they regularly re-define to invent abortion rights or restrict property rights.

With regard to the latter, early in today’s address the president gave new life to the phrase “Together, we…” in making more clear his particular definition of liberty:

Together, we determined that a modern economy requires railroads and highways to speed travel and commerce; schools and colleges to train our workers.

Together, we discovered that a free market only thrives when there are rules to ensure competition and fair play.

Together, we resolved that a great nation must care for the vulnerable, and protect its people from life’s worst hazards and misfortune.

Really, together, WE did all that? That explains why WE were all named TIME’s 2006 Person of the Year (Obama’s first of three), but I digress:

Together, We really did all that? Well, actually, no WE didn’t.

What We the People (as constitution-ratifying super-majorities and decades of electoral majorities) did that made America an exceptional nation was restrain do-gooder liberal Democrat meddlers, intent upon enlisting us all in their grand designs of what a modern economy requires, with a constitutional republican government of limited powers requiring that the Edisons, Fords, Hills, Wrights,  and Gates of the world be left alone. Because when we don’t so restrain Obama’s “Together, We”, together we force would-be Edisons, Fords and their capital onto the sidelines while taxing ourselves to pay for Solyndra experiments in campaign payoffs that make China look more exceptional at our nation’s expense.

Obama’s Together, We version of Liberty doesn’t require agreement on happiness pursuits, but it does mean that when 50%+1 of Together, Wees put Obama’s party in charge, happiness pursuits inconsistent with their vision become subject to fines, taxes or bankrupting regulations. Would you like to pursue the happiness produced by a lower-priced health insurance policy that isn’t mandated to cover morning-after abortion pills? Too bad. Want the joy of lower energy prices driven by increased supplies of American drilled-for oil? Tough. Crave the glee associated with employment building Keystone XL pipelines? Guess you aren’t into pursuing the happiness of extended EPA studies, but government bureaucrats have to eat too! At what price Liberty?

President Obama’s reform-before-recovery agenda of his first term indicates that he views long Hoover-FDR-dare I say-Obama-like Depressions and/or anemic so-called “recoveries”, along with many other “contours of life” dictated by the central government, as “nation-binding” experiences he supports.  Sadly, what keeps so many of We, together is that the Twenty-Second Amendment prohibits a third Obama Inaugural. 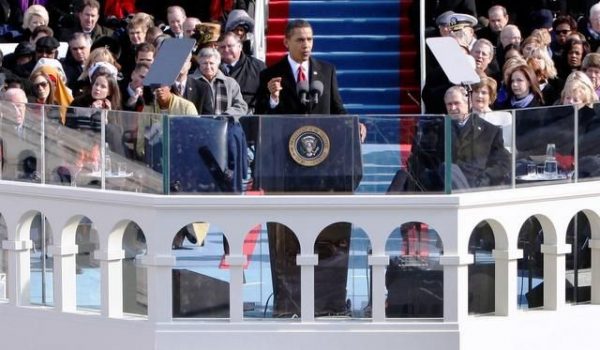