Liberal activist filmmaker Michael Moore has concatenated several popular leftist myths to arrive at a new and breathtakingly moronic explanation of the shootings in Newtown, Conn. One is that “we are a nation founded on genocide and built on the backs of slaves” (i.e., we are violent racists). Another is that the “vast majority of the guns in the U.S. are sold to white people who live in the suburbs or the country,” along with the corollary that “too many white people are afraid of black people.”

Putting all of these disparate lies together, Moore reaches his bottom-line remedy against future Sandy Hooks: “Calm down, white people,” he advises, “and put away your guns.”

Moore’s analysis and solution were presented in a tendentious Christmas Day homily at his blog with the title “Celebrating the Prince of Peace in the Land of Guns” (h/t CNS News). The post is peppered with links to “facts” that are hard to miss because they are in red and bolded. A great many of them are also irrelevant to the topic of gun violence, such as the worldwide rankings of American students in science and math and the problem of hunger, but that doesn’t trouble Moore.

What does trouble him is those bitter white clingers, to borrow a coinage. It is true that gun ownership is up — to its highest point in 20 years, in fact, according to a Gallup survey. It’s also true that 40 percent of gun owners describe themselves Democrats or “lean Democratic” and that nearly a third are college-educated. But even those numbers provide only part of the big picture because they are based on self-reporting. For actual gun use, we need to turn to other sources, such as the FBI Uniform Crime Reports. One of these reports shows that violent crime in the U.S. has decreased dramatically since 2007.

Still, we’re talking about homicides. Of 14,538 murders committed in 2011, nearly 38 percent of the offenders were black, while 33 percent were white. Since two-thirds of all murders are committed with firearms (the vast majority with handguns), it seems reasonable to posit that Moore has his villains and victims confused.

But Moore does a perfectly commendable job of stepping on his own toes, noting a “dirty little fact none of us liberals want to discuss” — viz., that “guns sometimes work.” He is referring to their deterrent use, by trained police officers, who he acknowledges “prevented another 20 or 40 or 100 deaths from happening.” So Moore doesn’t find it problematic living in a society where individuals sworn to protect us carry lethal weapons, while the rest of the population is unarmed. Hard to envision that scenario going wrong.

UPDATE: FOX News reminds readers that in 2005 Moore’s bodyguard (and there’s a l0t to guard) was arrested for carrying an unlicensed weapon in New York’s JFK airport (h/t Matt Drudge):

Police took Patrick Burke, who says Moore employs him, into custody after he declared he was carrying a firearm at a ticket counter. Burke is licensed to carry a firearm in Florida and California, but not in New York. Burke was taken to Queens central booking and could potentially be charged with a felony for the incident. 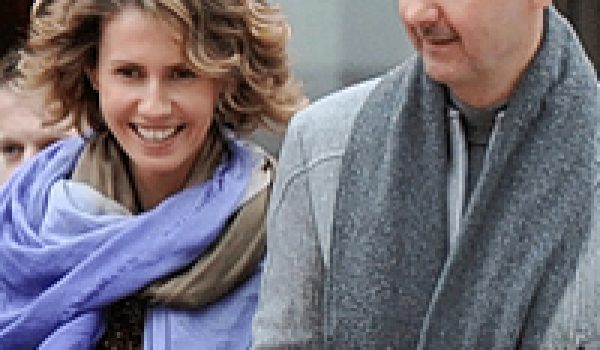 Where will Assad go?
Next Post
PI claims to have proof that Whitney Houston was murdered