Hagel’s record on US policy towards Israel is indeed a poor one.  Hagel publicly urged President Bush in 2006 to get Israel to simply cease her counterattack on Hezbollah – unilaterally, and with no assurances or even security goals obtained – when the terrorist group had attacked Israeli civilians and abducted two of her soldiers.  Hagel also declined that year to endorse designating Hezbollah as a terrorist organization.  He later opposed designating the Iranian Islamic Revolutionary Guard Corps as a terrorist organization, in spite of its Qods Force’s involvement in terrorist attacks in the Middle East, and its support of and close relationship with Hezbollah and Hamas.

It’s one thing to recognize the truth about the terrorists and yet disagree with a particular administration’s policy.  It’s another thing, however, to pretend that the terrorists aren’t terrorists.  This latter thing is a disqualifier for the post of secretary of defense.

Chuck Hagel writes his own narrative, in which threats aren’t really threats and policies that actually work are just horrible, and that is the basic reason why he would make a very bad secretary of defense.  He doesn’t just disagree with sensible people on what our policy should be; he disagrees on what’s going on.  He characterizes the situation unrealistically.

His unrealism is captured well in an interview he did for the Financial Times in August 2011.  Hagel is comically vague in the first part of the interview, never answering the interviewer’s question (about Assad and Syria in the wake of the Arab Spring).  His comments are a masterpiece of bromide-filled evasion.

As the exchange unfolds, Hagel praises the assassination of Osama bin Ladin:

…a masterful job, a spectacular job, and a job that all Americans can be proud of, on how it was carried out, and the process and every aspect, step along the way.  Professionalism.

He has very different words for the invasion of Iraq in 2003, characterizing it as follows:

It was a terrible mistake that’s cost us in terrible ways.  The consequences are going to flow out of that mistake for many years.

Considered together, these are really idiotic comments from a potential secretary of defense.  Regrettably, there is no other way to put it.  Hagel’s evaluations are emotional, and bear no relation to the actual value of the national-security operations in the two cases.

The US military did a fantastic job, and bin Ladin is finally dead. But Al Qaeda isn’t – nor, more importantly, is Salafism, or radical Islamism in any form.  Except for the sense of justice for Americans, the death of bin Ladin was meaningless.  It had no national-security import at all.  Al Qaeda is operating robustly today in Syria and Libya.  When we drive it out of the Horn of Africa and Yemen, it goes elsewhere, as it did when we drove it out of central Iraq in the surge in 2007.

Far from a defeated entity, Al Qaeda is gaining purpose and momentum with the Arab Spring, especially in Syria and Libya.  Its purpose has shifted somewhat, away from attacking the US and toward guerrilla operations in the Middle East.  This is part of a larger, more fundamental trend unleashed by the Arab Spring: a pitched battle for the character of the Arab world.  And, in fact, state-Islamism is a far more important emerging trend than Salafi terrorism, because leaders of nations have all the resources of a nation at their disposal, including armed forces.

Iran has been the chief example of state-Islamism for thirty years, and the pattern is alarming.  Arab nations will do things somewhat differently because of their different culture, but Mohammed Morsi has already made his radicalism clear in Egypt, and we can be sure that state-Islamism in Arab nations will be no more pacific than it is in Iran.  The outcomes in Syria and Libya are still uncertain, but in Syria, at least, the prospects for the future are increasingly grim.

Painful as it is to acknowledge, this is not because the US is taking a hands-off approach to Syria.  It’s because we aren’t.  We and our European allies are backing the Islamist leaders of the insurgency, including dispatching shipments of arms.  Hagel says he fully endorses the Obama policy in Syria (see interview).

In August 2011, some of these developments were not as clear as they are now.  But Hagel spoke as if he were unaware of the stakes in the aftermath of the Arab Spring – as if nothing important had changed, and the terrorism of 2001 was still America’s top security problem.

His absurdly false evaluation of the Iraq war seems to be purely emotional, putting Hagel in the company of thousands of overwrought blog readers in the last decade who imagined themselves to be hideously oppressed by the policy choices of the Bush administration.  The actual aftermath of the Iraq invasion has been a somewhat remarkable level of pacification, given Iraq’s modern history.  For the first time since the 1960s, the region doesn’t have to worry about Iraq’s leadership changing hands in a violent coup – or about its leadership starting a war, firing on foreign shipping, gassing Turks or Iranians, or promoting terrorism abroad.

Americans mentally link Saddam Hussein’s demise with 9/11, but nothing about 9/11 itself guaranteed that Saddam would lose power or cease to be a security problem for the Middle East (and hence, for the world).  If Saddam had still been in power in 2011, when the Arab Spring erupted, the whole Middle East would have looked different.  Saddam would have wanted to get his finger in the Arab-Spring pie.  He styled himself a pan-Arabist leader, and could have had a particular influence in Syria given the Ba’athist ties between the two nations.  Moreover, radical Islamists could well have sought to depose Saddam in the Arab Spring, which would probably have meant an Iraq in disruptive chaos today, rather than the relatively stable condition we have.

But the US and a few other nations would also still have been enforcing sanctions and no-fly zones on him, meaning our force posture in the region would have been greater, in some ways, and qualitatively different.  (It would also have been the 20th year of sanctions enforcement, a very poor policy outcome.)  With Saddam still in power, many of the last decade’s shifts in regional alignments, and outreaches between the US and nations in the surrounding region, would not have happened, or would not have had the same histories.

Hagel considered sanctions a praiseworthy method (see the interview), and applauded their effect, in spite of their endlessness – the complete lack of an end-state in the policy – and the corruption of the regional economy through sanctions evasion, which was making billions of dollars for Iran.  (Not to mention the corruption scandal attending the UN’s administration of the oil-for-food program, of which Hagel speaks so highly.)

The world is much better off with Saddam gone and a comparatively stable, comparatively US-friendly Iraq.  It is mindless demagoguery – and it was in August 2011 – to keep flogging the theme that the Iraq invasion was a terrible mistake from which terrible consequences will come.  The consequences for US and global security have been positive.  There have been no bad consequences in that regard, nor is there any prospect of them.  Nothing that happens in the future will be a case of something that would have gone better if only we had left Saddam in power and kept enforcing sanctions on him (or, for that matter, had stopped enforcing them).

Prospective secretaries of defense should know better than this.  The facts on the ground are different from Hagel’s narrative, and that’s a very bad sign.  Hagel’s record, moreover, is one of strenuously opposing military actions that are likely to work, such as the US surge in Iraq in 2007, and the Israeli pursuit of Hezbollah in Lebanon in 2006.  His dismissal of reality is integrally linked to this pattern, of course.  The combination makes for a very poor prospect as secretary of defense. 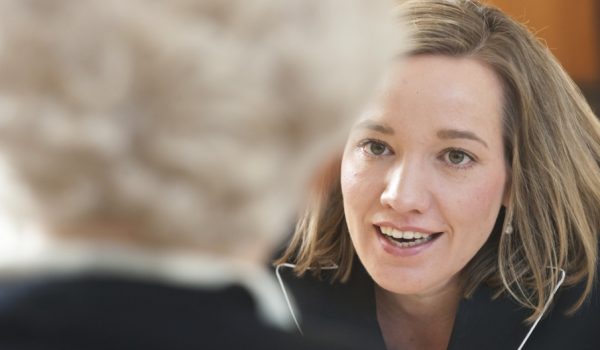