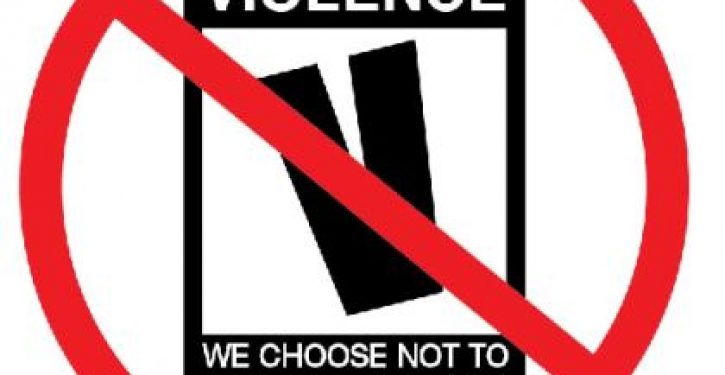 On the one hand, Max Goldstein is to be applauded. A seventh-grade student at a school in Newtown, Conn., Max has made a personal commitment to stop playing violent video games. On Thursday he shared his conviction with CBS New York that such games have the potential to incite violence, and he urges his peers to take the same action.

What Max Goldstein has done so far, partly with the help of his parents, is admirable. He has created a group called “Played Out” that uses the slogan “We choose not to play.” And starting today residents of Newtown will find bins set up where gamers can dispose of their malicious code.

So far, so good. For what it’s worth, there have been no conclusive studies that either affirm or refute a correlation between the playing of violent games and aggressive behavior. And there have been no studies at all on of the relationship between game playing and extreme violence of the sort that descended on Max’s home time a week ago.

Still, no harm, no foul. If Max wants to discard his “first-person shooter” games, it can’t hurt. If he wants to encourage others to follow his lead, that also seems to be a positive measure.

But a word of caution is in order. There is, recall, the “other hand” to consider. Crusades like “Played Out” begin calmly enough. But then they often turn emotional and take on a life of their own. Benign advocacy gives way to stern dogma, which in turn is followed by noisy protests. Once the perceived moral good is permitted to trump free will, you’ve got a full-blown fight on your hands. In short, what started off as a harmless recommendation has escalated — ironically enough — into violence.

“I really think it’s rude and disrespectful to the families, who lost children, to play these games,” Max told CBS. He is entitled to his opinion. But he and his parents need to remain mindful that others who feel differently are equally entitled to their own.