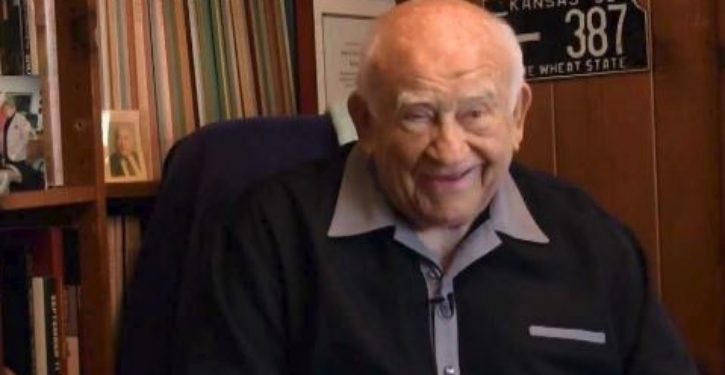 Actor Ed Asner proved to the world that liberalism is an ideology of rage and hate when he asked a Fox News producer if he could urinate on him.

The exchange took place while Asner was being interviewed about his role in a propaganda cartoon produced by the California Federation of Teachers that showed wealthy people urinating on the poor.

Newsbusters’ Noel Sheppard provided a transcript of the exchange:

UNIDENTIFIED FOX NEWS PRODUCER: Do you remember the video? Do you know what I’m talking about?

ASNER: I don’t remember a thing I said on it or a word I said on it, but I agreed to do it for California teachers. I approve this message.

UNIDENTIFIED FOX NEWS PRODUCER: Okay. I think the most controversial part the people are talking about it, there’s a part of it where talking about things trickling down and they have like rich people peeing on poor people.

ASNER: How disgusting. It should be reversed.

UNIDENTIFIED FOX NEWS PRODUCER: So you don’t remember that?

ASNER: Do you have any money?

ASNER: Can I piss on you?

The propaganda cartoon has since been edited to remove the offensive scene, but Asner still approves of the message that he doesn’t even remember.

View the discussion on Hannity: