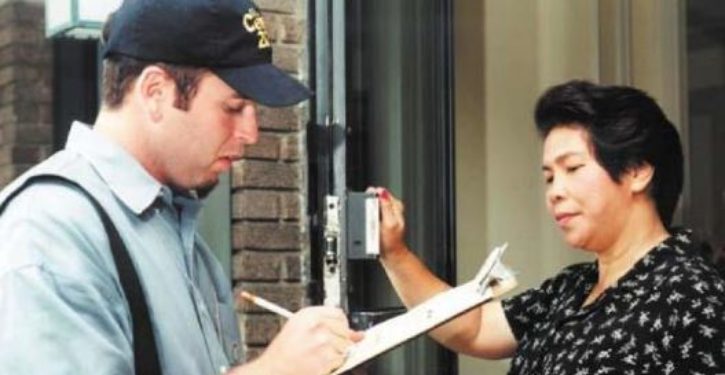 Republicans will soon take control of the House of Representatives, but with a margin so narrow it may prove difficult to achieve their legislative and oversight objectives. That margin might have been larger, were it not for egregious errors made by the U.S. Census Bureau in the 2020 census.

Come January, House membership will consist of 213 Democrats and 222 Republicans. A party must hold 218 of those seats to control the House. Thus, Republicans will have only a four-seat majority. That extremely narrow majority means that GOP leadership can lose any vote on any issue if only four Republicans defect and the Democrats stay united in opposition. (RELATED: SPAKOVSKY: The Federal Gov’s Bungled Census Is Bad News For Red States. Here’s Why)

Even when the overwhelming majority of Republicans share the same view on a specific issue, a small number of members may disagree with that view. In a House where the GOP’s political control is so tenuous, every additional seat could make a difference.

That is where the Census Bureau’s mistakes may come home to roost. This May, the Bureau released its 2020 Post Enumeration Survey. The survey canvassed a large sampling of households across the country and compared their answers to the actual responses from those households in the original 2020 Census.

According to the survey, the officially reported 2020 census results overcounted the population in eight states: Delaware, Hawaii, Massachusetts, New York, Ohio, Rhode Island and Utah.  It undercounted the population in six states: Arkansas, Florida, Illinois, Mississippi, Tennessee and Texas.  All but two of the overcounted states were blue states, and all but one of the undercounted states were red states.

The Census Bureau used the original, error-ridden census population for the apportionment calculation to determine how many seats every state is entitled to in the House of Representatives, which is the main purpose of the census under Article I, Section 2, of the U.S. Constitution. That reapportionment resulted in five states each gaining an additional congressional seat: Colorado, Florida, Montana, North Carolina and Oregon. Texas gained two new seats. Seven states each lost one congressional seat: California, Illinois, Michigan, New York, Ohio, Pennsylvania and West Virginia.

But if the overcount and undercount errors had not occurred, then Florida would have received two more seats beyond the additional seat it received. Texas would have one more representative in Congress in addition to the two new seats it received. Moreover, Minnesota and Rhode Island each would have lost a congressional seat, which they retained because of the mistakes in the original census count. Colorado, which gained a new congressional seat under the original count, would not have received this additional seat.

What would have happened if the midterm elections had been based on the correct population numbers?

Rhode Island has two Democratic members of Congress, so a loss of one seat would have been a direct Democratic Party loss. Minnesota has four Democrats and four Republicans in the House, with control of the legislature divided between Republicans who control the Senate and Democrats who control the House. It seems a toss-up as to which political party would have lost a congressional seat.

The extra seat that Colorado mistakenly received increased Democrat control over the congressional delegation, with Democrats going from holding four out of seven seats to holding five out of eight seats.

The bottom line here is that, without the Census errors, Republicans likely would have netted an additional two or three congressional seats, and perhaps more depending on how these changes would have affected the overall demographic factors involved in redistricting maps drawn in those states.

While two or three (and perhaps more) votes might not seem like a lot, they could have made all the difference in close votes in the new Congress. But because those errors have not been corrected, we will never know.

Hans A. von Spakovsky is a Senior Legal Fellow and Manager of the Election Law Reform Initiative at the Heritage Foundation and a former Justice Department lawyer and FEC commissioner.  He is the coauthor of “Our Broken Elections: How the Left Changed the Way You Vote.”