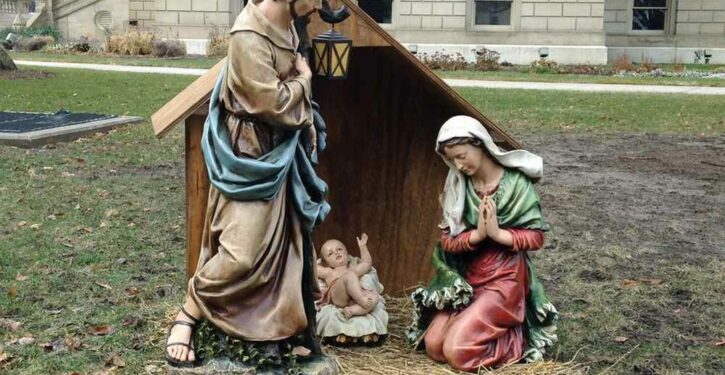 Thanks for joining 2022’s first Christmas-themed study and the first Townhall reader-suggested topic and contributor. Today’s lesson proves how much I value the thoughtful and inspiring emails I receive from Townhall’s loyal audience. Conversely, occasionally I receive an angry message. However, that is expected when one writes about the world’s most controversial and best-selling book on a secular political news site.

Let’s dive in. On Dec. 4, I read Lindy Funkhouser’s email:

“Hello, Ms. Adams. I have enjoyed your messages on Townhall.com. G-d is working through you in beautiful ways. Will you have time to write about the Magi in the near future? Of course, I’m referring to Matt. 2:1-12. Thank you.”

I immediately thought, “Christmas, Magi, what’s not to like?” Besides, on Dec. 4, today’s study topic was known only to God. (See Vol. 142 for how THAT works.)

After telling Lindy that the Magi would be my next study topic, I asked, “Can you tell me what the Magi means to you?” His multi-layered answer was derived from books he had read. Lindy permitted me to repost but wrote, “I waive all claims to the content in these messages.” Remember that when we later read Lindy’s answer.

“After Jesus was born in Bethlehem in Judea, during the time of King Herod, Magi from the east came to Jerusalem and asked, ‘Where is the one who has been born king of the Jews? We saw his star when it rose and have come to worship him.’”

“When King Herod heard this he was disturbed, and all Jerusalem with him. When he called together all the people’s chief priests and teachers of the law, he asked them where the Messiah was to be born. ‘In Bethlehem in Judea,’  they replied,  ‘for this is what the prophet has written’:

“‘But you, Bethlehem, in the land of Judah, are by no means least among the rulers of Judah; for out of you will come a ruler who will shepherd my people Israel.’” (Micah 5:2)

“Then Herod called the Magi secretly and found out from them the exact time the star had appeared. He sent them to Bethlehem and said, ‘Go and search carefully for the child. As soon as you find him, report to me, so that I too may go and worship him.’”

“After they had heard the king, they went on their way, and the star they had seen when it rose went ahead of them until it stopped over the place where the child was. When they saw the star, they were overjoyed.

“On coming to the house, they saw the child with his mother Mary, and they bowed down and worshiped him. Then they opened their treasures and presented him with gifts of gold, frankincense and myrrh. And having been warned in a dream not to go back to Herod, they returned to their country by another route” (Matthew 2:1-12).

Now, Lindy answers my question, “Can you tell me what the Magi means to you?”:

“I suggest this subject because it seems to be one of the great mysteries of the Bible. I have read several books on the subject, including Dwight Longnecker’s “Mystery of the Magi,” which I recommend. Brent Landau’s “Revelation of the Magi” is an interesting read, primarily because it comes from an ancient document purporting to be a first-hand account of one of the Magi.

“My perspective comes from the gifts. Longnecker notes that the gifts were available at the time of Christ. I just can’t believe they were acquired from available stock and delivered as a present. It seems to me the gifts were part of a worship offering, maybe even an inheritance for the child’s support and education. This suggests that the gifts might have been sanctified in some way before they were handed to the Magi. Sanctification might have come many years before the child’s birth.

“My theory is that the Bible might provide a clue about the origin of the gifts and their deeply spiritual significance. I’m talking about Genesis 14:18-20, the tithe offering Abraham gave to Melchizedek. Were these goods kept by a secret order of Mages (a true ‘Order of Melchizedek’?) in or near Jerusalem as an inheritance for Jesus (who, by the way, presaged Christ’s birth and ministry). Were the gifts kept for the day when Magi of a certain description would come to Jerusalem to recite the code words: ‘Where is the one who has been born the “King of the Jews?” We saw his star in the east and have come to worship him.’  Reference to the star might have been just part of the code, perhaps as a sleight-of-hand to confuse the suspicious authorities. It has confused many Biblical scholars to this day.

“Another point is in John 8:56 when Jesus says Abraham ‘rejoiced’ at the thought of seeing Jesus’ arrival. Perhaps this happened during Abraham’s meeting with Melchizedek.

“I also wonder about the Magi’s fate after double-crossing Herod. I can’t imagine he would have allowed anyone to flaunt his instructions without serious repercussions. I suspect they had to do some serious disappearing; and going back to a place that Herod knew about doesn’t seem likely. Perhaps G-d had other plans for them at the other end of the Roman Empire.

“Perhaps from your pulpit, you might excite some readers to provide additional clues.”

Here are my thoughts about Lindy’s commentary. I believe Melchizedek is the pre-figuration of Jesus in the Old Testament. (See Vol. 1 and Vol. 50.) Furthermore, Abraham gave Melchizedek a “tenth of everything” — substantial because Abraham was wealthy. Thus, Abraham’s tithe could have included gold, frankincense, and myrrh, given their meaning.

Also, according to my Ignatius Study Bible, the Magi were not kings but “probably astrologers from Persia” and “in Matthew, the first gentiles to recognize the kingship of Jesus.” And remember that Matthew wrote “Matthew” to prove to Jewish readers that Jesus was the Jewish Messiah.

Finally, I recommend more Magi research and this avant-garde rendition of “We Three Kings” — the traditional Christmas carol inspired by the Magi.

Thanks to Lindy Funkhouser for sharing his thoughts, and I wish everyone the blessings of the season.

Myra Kahn Adams is a conservative political and religious writer with numerous national credits. Her book, “Bible Study For Those Who Don’t Read The Bible,” reprints the first 56 volumes of this popular study. “Part 2,”  with the same title, reprints Vols. 57-113. Order it here.

Author’s Note: All previous volumes of this series are here. The first 56 volumes are compiled into the book “Bible Study For Those Who Don’t Read The Bible.”  “Part Two,” featuring volumes 57-113, is now available for sale. 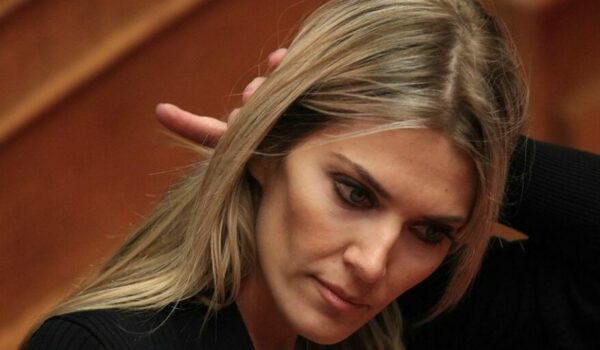