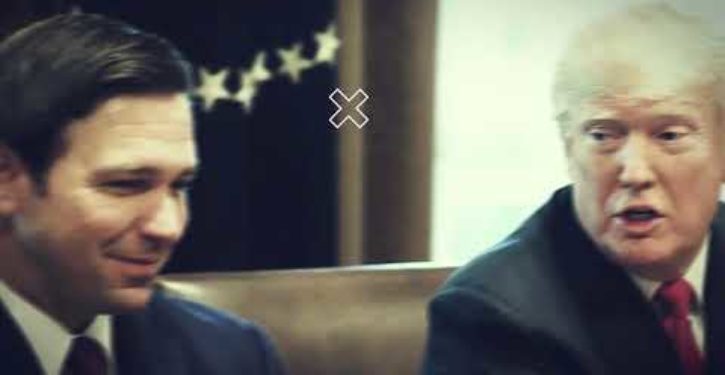 The operative word is “expect,” as in “expect the unexpected” — a sure-fire political axiom.

We begin with the Democrats.

The answer should be announced by the end of January, since on Nov. 9, Biden teased, “my intention is that I run again — but I’m a great respecter of fate” while “guessing” that “the decision will be announced early next year.”

First, midterm election exit polls showed 67 percent of respondents, including 31 percent of Democrats, do not want Biden to run.

Second, “ageism” will be unkind to the ticket. Biden, who turns 82 in 2024, shines a glaring spotlight on Vice President Kamala Harris. According to poll averages, Harris’s 37 percent favorable rating is worse than Biden’s at 43 percent, while their unfavorable ratings are tied at nearly 52 percent.

Third, Biden’s weak and unpopular vice president is not easily replaceable since, as a non-white woman, Harris represents the base of the Democratic Party.

Therefore, with no heir apparent or primary opposition, could this lackluster 2024 Democrat ticket be in place by February?

Conversely, if Biden declines a second term, all political hell will break loose. But worse, from the national security desk, our adversaries might perceive Biden’s two-year lame-duck status as a sign of weakness and act more aggressively.

2. If Biden runs, will Kamala Harris remain on the ticket?

Ageism was previously mentioned, but this sensitive issue must be addressed from the perspective of a tragic news flash: “President Harris.”

Democrats will downplay this touchy topic, but Republicans will hype it to the max after the ticket is announced and through Election Day. But “expect the unexpected” if polls show Harris as an extreme liability, and she might be pressured to withdraw from the ticket (perhaps for “health reasons” or to run for Sen. Diane Feinstein’s (D-Calif.) seat in 2024 or even to be nominated for a Supreme Court vacancy). In that case, newly reelected Michigan Gov. Gretchen Whitmer – who recently vaulted to national prominence – might be a strong replacement.

It is historically unprecedented that the GOP already has a declared presidential candidate frontrunner two years before Election Day 2024. That frontrunner also controls the Republican Party apparatus from top to bottom.

Politically speaking, in “normal” circumstances, if that frontrunner’s likely opponent were an incumbent president, an early announcement might be advantageous. But, when the frontrunner is twice-impeached former President Trump, who failed to win the popular vote in two elections, is entangled in webs of legal liability and tailed by a special prosecutor, there are too many downsides. Such as:

He is saddled with an average 54 percent unfavorable rating, higher than Biden and Harris.

The former president recently dined with a celebrity antisemite accompanied by a white nationalist leader. Ironically, this bizarre incident could generate more lasting political fallout than Trump’s attempt to overturn the 2020 election, indirectly attack the Capitol and remove top-secret documents from the White House. Then watch as Trump drama peaks during the first six months of 2023 due to the next question

4. Will the Department of Justice (DOJ) indict Trump before June 2023?

No matter what action or inaction the DOJ takes, there will be massive political consequences. The June date matters because, by that time, the 2024 GOP bench will be packed with Trump’s primary opponents. Then, as a group, they might speak out against the former president’s actions, helping to mitigate the potential for political upheaval from his loyalists after hammering the “it’s time to move on” theme.

More questions: If Trump is indicted, will he go to trial? Will there be violence? Will a deal be made to stop him from running? Will the GOP pressure Trump to drop out? What action will Republican leaders take against the DOJ? (For example, will they try to impeach Attorney General Merrick Garland?)

The only playbook is the law.

5. Will the anti-Trump faction spark a civil war within the Republican Party?

If so, it will start in late January when Trump’s ally, Republican National Committee Chairwoman Ronna McDaniel, is up for reelection. But there will be no contest since Trump loyalists control all the party machinery at every level — having disposed of anyone not deemed sufficiently “Trumpian.” Still, momentum for a “fresh face” is growing.

6. Will Florida Gov. Ron DeSantis announce for president in May or June?

That timing is based on the end of Florida’s legislative session presided over by Gov. DeSantis. He is ascendent as the party’s future hope after winning reelection by nearly 20 points. Polls, like this one from the battleground state of Pennsylvania, show DeSantis slightly ahead of Trump.

Meanwhile, major donors are deserting Trump and becoming unabashedly vocal about what the Florida governor represents — winning elections. Therefore, when DeSantis announces in mid-2023 (“when” not “if,” I hear), loyal Trump voters might support the 44-year-old Trump acolyte, who offers “Trumpism” without Trump’s legal problems, ongoing drama, name-calling and losing streak.

The recent barrage of DeSantis media hype runs the risk that he might peak too early. Can he live up to the oversized expectations – topple Trump and then Biden – having never competed on the national stage?

That question will be answered much later. In the meantime, there are enough questions for the first six months of 2023 to keep the political adrenaline pumping and juice the axiom, “expect the unexpected.”