A New Mexico man allegedly killed his wife Friday in an apparent murder-suicide.

The Bernalillo County Sheriff’s Office tweeted about the incident Saturday after they found the bodies of Judge Diane Albert, 65, and Eric Pinkerton, 63, near the 800 block of Ranchitos Road. (RELATED: REPORT: Police Investigate After Off-Duty Rochester Officer Shoots Two, Then Kills Herself)

“A friend of the decedents contacted deputies after receiving a troubling message from Eric Pinkerton,” the BCOS tweeted. “Upon arrival deputies located the decedents inside the residence along with several dead animals.”

This is believed to be a Murder-suicide. A friend of the decedents contacted deputies after receiving a troubling message from Eric Pinkerton. Upon arrival deputies located the decedents inside the residence along with several dead animals. https://t.co/d5cA7ERdZk

“We are heartsick hearing of the untimely death of Diane Albert, our elected municipal judge,” said Mayor Donald T. Lopez and City Administrator Ann Simon. “She was a longtime Los Ranchos resident, a brilliant mind, and a friend.  We can’t ignore that this happened on the International Day for Elimination of Violence Against Women. Our thoughts go out to her family and all those affected.”

FBI Director describes ‘alarming uptick’ in violence by juveniles and repeat offenders
Next Post
President Trump, Protect America and Your Legacy. Drop Out 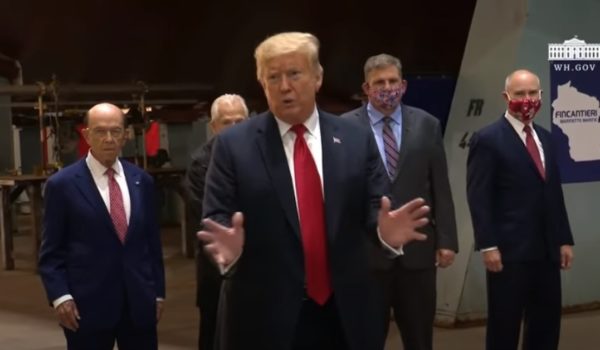