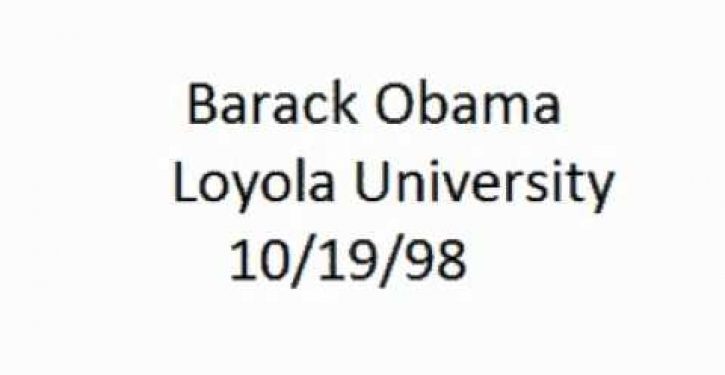 It didn’t take House Republicans long to reject Treasury Secretary Timothy Geithner’s plan for averting the fiscal cliff floated on Thursday. That is because the proposal was long on “take” and short on “give.”

It is hard to pinpoint the key flashpoint in the plan since there are so many candidates. Among them were a permanent increase in the debt ceiling and a conspicuous absence of entitlement reform.

Another line in the sand that the president has insisted on repeatedly is raising the rate of taxation on the top 2% of income earners. When he is being coy (which is most of the time), he claims that the revenues derived from asking the rich to “pay a little more” will reduce the deficit. They won’t and you have to figure that a guy as bright as Barack Obama knows it. When he is being more candid, he explains that the target he is painting on the backs of job creators is in the interests of “fairness.”

And when he is being really truthful, he calls it what it is: wealth redistribution. The last time he used this term publicly may have been at a conference at Loyola University in October of 1998 (audio here), when he spoke of this socialistic goal in the same context (“fair shot”) in which he now frames his lectures of “income equality.”

The word redistribution is seldom uttered by anyone on the left, much less used in the headline of an article, as Bloomberg’s Josh Barro does in a piece titled “Why Conservatives Must Surrender on ‘Redistribution’.” The essay is as much a warning shot as it is an analysis. Barro’s overarching message is that though spreading the wealth is not something conservatives are keen on doing, if they don’t they will pay the supreme price:

[T]he Republican Party will be left with an economic appeal to an affluent minority of the population and an ethnic appeal to a shrinking older white-voter base—and that will win them fewer and fewer elections.

Barro also attempts to mount a case for a more “progressive fiscal policy” as a cure to the nation’s economic ills, but largely for the same reasons. Typical of his arguments is one in which he concedes that the GOP prescription for lowering taxes and shrinking government might stimulate economic growth but that the outcome could still favor high-wage earners. The bottom line is potentially more antipathy toward conservatives.

Resolving financial inequity by taking food out of the mouths of those who earned it and feeding it to the less fortunate may sound like a moral imperative, but it is beset with problems. One is that this an inexact “science” at best. Just look at some of the language the president has used in his crusade to “level the playing field.” In July, he said:

I do not want, and I will not accept, a deal in which I am asked to do nothing, in fact, I’m able to keep hundreds of thousands of dollars in additional income that I don’t need, while a parent out there who is struggling to figure out how to send their [sic] kid to college suddenly finds that they’ve got a couple thousand dollars less in grants or student loans. [Emphasis added]

What is “additional income” and who determines what any given person “needs”? Even the term struggling is relative. How does the government presume to evaluate who is entitled to what? It is true that a millionaire spends a smaller percentage of his wealth on a loaf of bread than does a person of modest means. But the same may be said of a worker who draw a middle-class wage. How much of his income should he be forced to pony up to ease the struggle of the truly indigent? And where does it all stop?

Ours is a free market system. When it works as intended, everyone is ensured an equal opportunity, the same chance at success. Sadly, that isn’t how the system invariably does work. Legacies and endowments, as those on the left are eager to point out, stack the deck in favor of the rich. Affirmative action, which was meant to address this inequity, has in cases created the opposite problem.

It is far from a perfect arrangement, but the alternative the president and his followers are pushing is the promise of equal outcome. That is not just an elusive dream but an impossible one.